The committee counsels the parliament to adopt on the first reading and in tote the draft law on approval of the presidential decree that declares a state of emergency in the country.

The public authorities are commissioned by the law, in particular, to undertake as follows:
As per the bill, partial mobilization shall be declared by the president pursuant to the scope of threats to national security and defence.


Special period – is the period of functioning of the national economy, public authorities and other government agencies, local authorities, the Armed Forces of Ukraine and other military formations, Civil Defence Forces, enterprises, institutions and organizations, as well as execution by the citizens of Ukraine of their constitutional duty to defend the Homeland, independence and territorial integrity of Ukraine, that starts with the announcement of the decision on mobilisation (except for scheduled ones), or the announcement of the decision on covert mobilization to the performers, or after the introduction of martial law in Ukraine or in parts of the country and covers the period of mobilisation, war time and partially the recovery period after the end of hostilities. 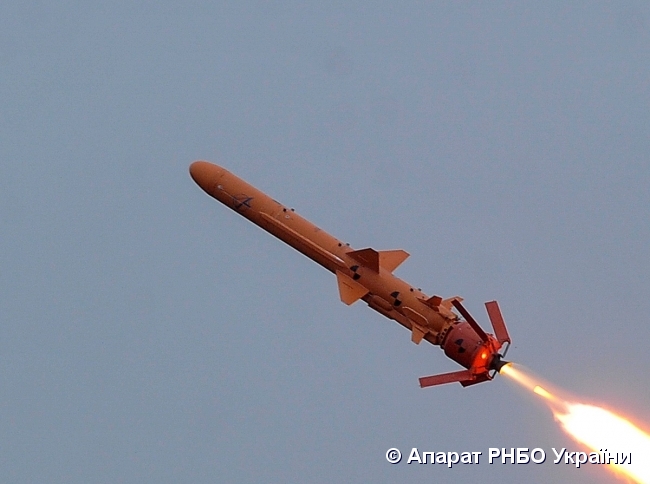 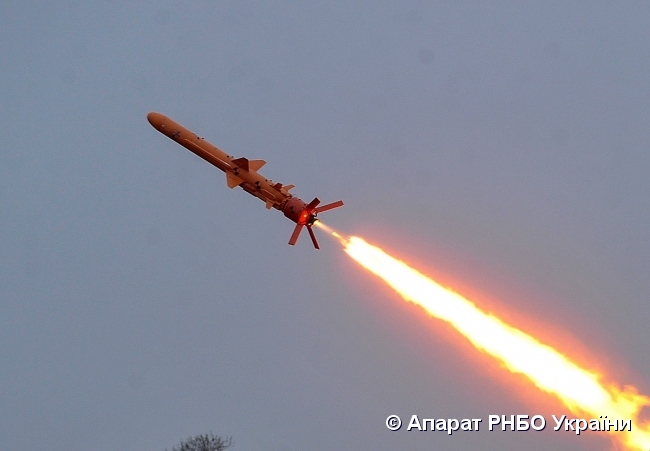 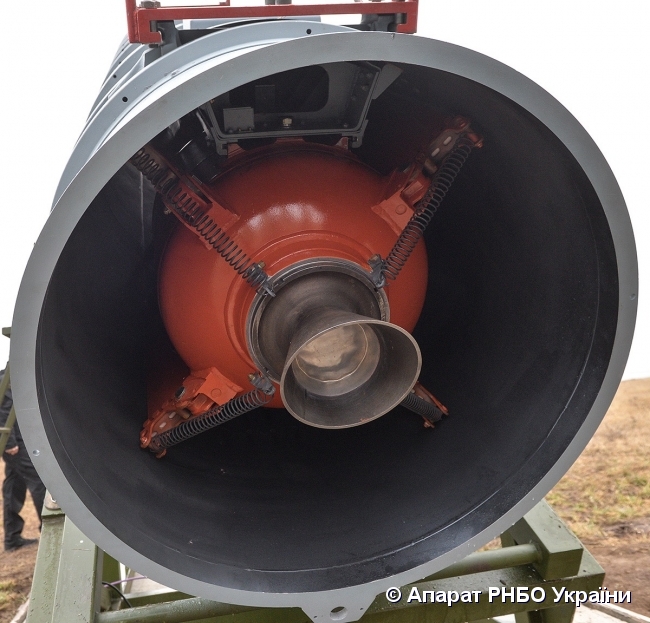 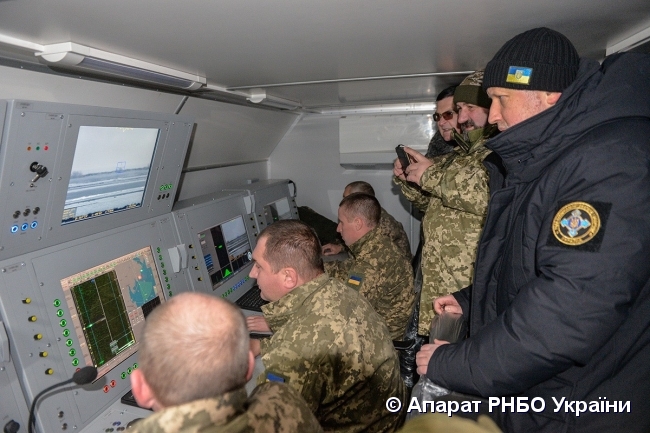 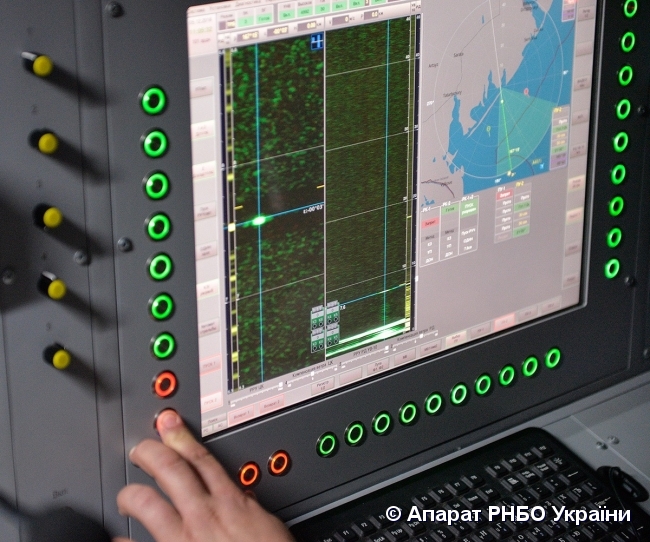 Secretary of the Ukrainian National Security and Defense Council (NSDC) Oleksandr Turchynov said this after test-firing at a military training ground in Odesa region on Wednesday.

"The tests of a new cruise missile and upgraded S-125s. All targets have been hit! A cruise missile destroyed a simulated enemy at a distance of 280 kilometers, and this is just the beginning! We are ready for the defense of the Black and Azov Sea coast!" he wrote on Twitter.


Ukraine has completed one of the final trials of its Neptune land-based cruise missile, designed for coastal defence, and plans to soon field it to Ukraine's naval and land forces, Ukrainian President Petro Poroshenko announced in April.

According to Poroshenko's statement, the test was conducted at a state testing ground and supervised by 11 Ukrainian ships positioned in the Black Sea.

Four Neptune missiles are carried ready to fire on a KrAZ-7634HE 8×8 chassis. The entire complex consists of four launch vehicles, crewed by three personnel each, a 6×6 command-and-control vehicle, and two loading vehicles.

The Neptune missile is armed with a 145 kg high explosive fragmentation warhead and has a total weight of 670 kg.

Ukraine's state-owned Spets Techno Export said the missile was designed to sink naval vessels with a maximum displacement of 5,000 tonnes. It has a range of 280 km, which the company said is so the export model complies with the Missile Technology Control Regime. The missile could therefore have a longer range for Ukraine's own use and improve.


Next stage of Neptun anti-ship missile system tests to be held in May (19. April 2019)


A corresponding statement was made by Secretary of the National Security and Defense Council of Ukraine Oleksandr Turchynov during a working meeting with Oleh Korostyliov, the Neptun system designer, chief designer of the Design Bureau "Luch".

The preparation of the mobile anti-ship cruise missile system for new tests and batch production was also discussed at the meeting.

The chief designer of the Design Bureau "Luch" informed that the next stage of tests was scheduled for May this year.

Latest from the OSCE Special Monitoring Mission to Ukraine (SMM), based on information received as of 19:30, 25 April 2019

At 11:21 while flying in an area near Azov (formerly Dzerzhynske, non-government-controlled, 25km north-east of Mariupol), an SMM mid-range unmanned aerial vehicle (UAV) encountered signal interference assessed as jamming.[4] At 11:22, the SMM, which was flying the UAV remotely from a location near Lebedynske (government-controlled, 16km north-east of Mariupol), lost control of the UAV. An SMM mini-UAV flying in the vicinity of Lebedynske shortly afterwards also experienced signal interference. The SMM is making efforts to locate the mid-range UAV.*

[4] The interference could have originated from anywhere within a radius of kilometres from the UAV’s position.


The long-range Camcopter S-100 UAVs are provided, flown and maintained by an external vendor under a service contract to the OSCE. The asset remains under the SMM’s full operational control and the data collected is the property of the OSCE and for its use only.

With a range of over 160 kilometres, the SMM’s long-range UAVs will operate over Donetsk and Luhansk regions equally on both sides of the contact line, including at night when mobile ground patrolling is restricted due to security-related considerations.


The U.S. could send Ukraine anti-ship and anti-aircraft weapons to defend against Russia if a bill from the House Foreign Affairs Committee’s Democratic chairman and top Republican becomes law.

Chairman Eliot Engel, D-N.Y., joined Michael McCaul, R-Texas, to propose the bill Thursday. It would also ask the president to determine whether Ukraine should be a major non-NATO ally, condemn Russia’s detention of 24 Ukrainian sailors and urge Russia to implement the Mink II peace agreement.

The bill comes days after the Senate Armed Services Committee advanced a draft 2020 defense policy bill that authorizes up to $300 million for security assistance to Ukraine, making $100 million available for lethal assistance and adding coastal defense and anti-ship missiles as eligible categories of security assistance.

Since 2014, the United States has provided Ukraine more than $3 billion in total assistance, including security and non-security assistance, as well as three $1 billion sovereign loan guarantees, according to a State Department official.


H.R.3047 - To provide support to Ukraine to defend its independence, sovereignty, and territorial integrity, and for other purposes.


WASHINGTON, October 3, 2019 - The State Department has made a determination approving a possible Foreign Military Sale to Ukraine for one hundred fifty (150) Javelin missiles and related equipment and support for an estimated cost not to exceed $39.2 million. The Defense Security Cooperation Agency delivered the required certification notifying Congress of this possible sale today.

Ukraine could get new, deadlier missiles, thanks to Congress


The U.S. Congress is poised to allow the sale of coastal defense and anti-ship weapons as part of future security assistance packages to Ukraine, through the 2020 defense policy bill.

The National Defense Authorization Act passed the House this week and is expected to be passed in the Senate next week; President Donald Trump has already announced he will sign the sweeping policy bill.

Speaking at the German Marshall Fund on Friday, Dmytro Kuleba, Ukraine’s Deputy Prime Minister on European and Euro-Atlantic Integration, indicated that the weapons would be ideal fits for a pair of Island-class patrol boats Ukraine has received from Washington.

Those boats were “supplied without anything on them,” said Kuleba, the first member of the current Ukrainian government to visit Washington. “So we will continue working on obtaining more boats of that class, and hopefully with some of the equipment you mentioned.”