The Government of Canada highlights the delivery of the Integrated Soldier Systems (14. August 2018)

The Canadian Armed Forces welcomed today at CF Base Petawawa dignitaries to underline the delivery of new cutting-edge technology. Since March 2018, Rheinmetall Canada is delivering integrated soldier systems to the Canadian Armed Forces. The company was awarded a contract in June 2015 for up to 4,144 units. The potential value of both acquisition and in-service support contracts is up to CAD$ 250 million.


The ISS is cutting-edge technology that includes smartphone-like devices built into a wearable vest with integrated communications equipment and accessories. It will allow soldiers to see, in real-time, where other connected soldiers are using the screen on the device.

SIG Sauer unveiled a new medium machine gun (MMG) chambered for the .338 Norma Magnum cartridge at this year's Association of the US Army symposium (AUSA), held in Washington, DC, from 8 to 10 October.

The weapon is thought to be a direct competitor to the General Dynamics Ordnance and Tactical Systems Lightweight Medium Machine Gun chambered for the same round.

The exact system of operation of the latest SIG Sauer MMG is unknown, but Jane's believes that it is probably gas cycled. Company representatives who spoke to Jane's at AUSA were unwilling to reveal any particular details regarding the weapon, claiming that its system is "unique and novel".

On display at the show next to the MMG was a new kind of .338 Norma Magnum (NM) ammunition. SIG Sauer representatives were again unwilling to disclose any particular details, although one executive did confirm to Jane's that the casings of the new .338 NM cartridge are made of polymer to reduce the overall weight of the round, with a 'steel head' at the base.

Jane's understands the new MMG prototype has an approximate effective range of 2,000 m, weighs under 20 lb (9.1 kg) unloaded, and is in the early stages of development.


SIG Sauer also unveiled their MCX-MR (Medium Range) prototype, intended for the US Army's Next Generation Squad Weapon (NGSW) programme. Next to the rifle, the company showcased their newly developed Hybrid Ammo, a three-piece metallic, non-polymer, design with a brass body, offering 20% reduction in overall cartridge weight as well as increased velocity over conventionally produced ammunition. 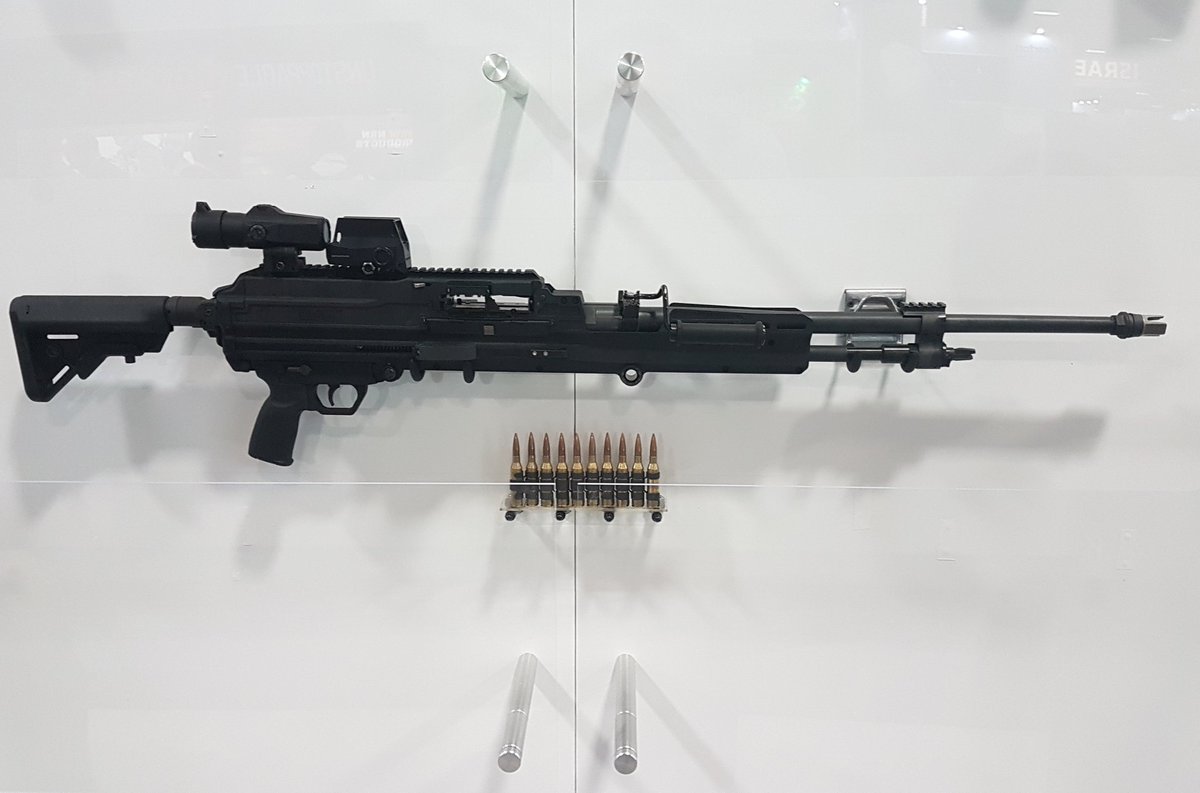 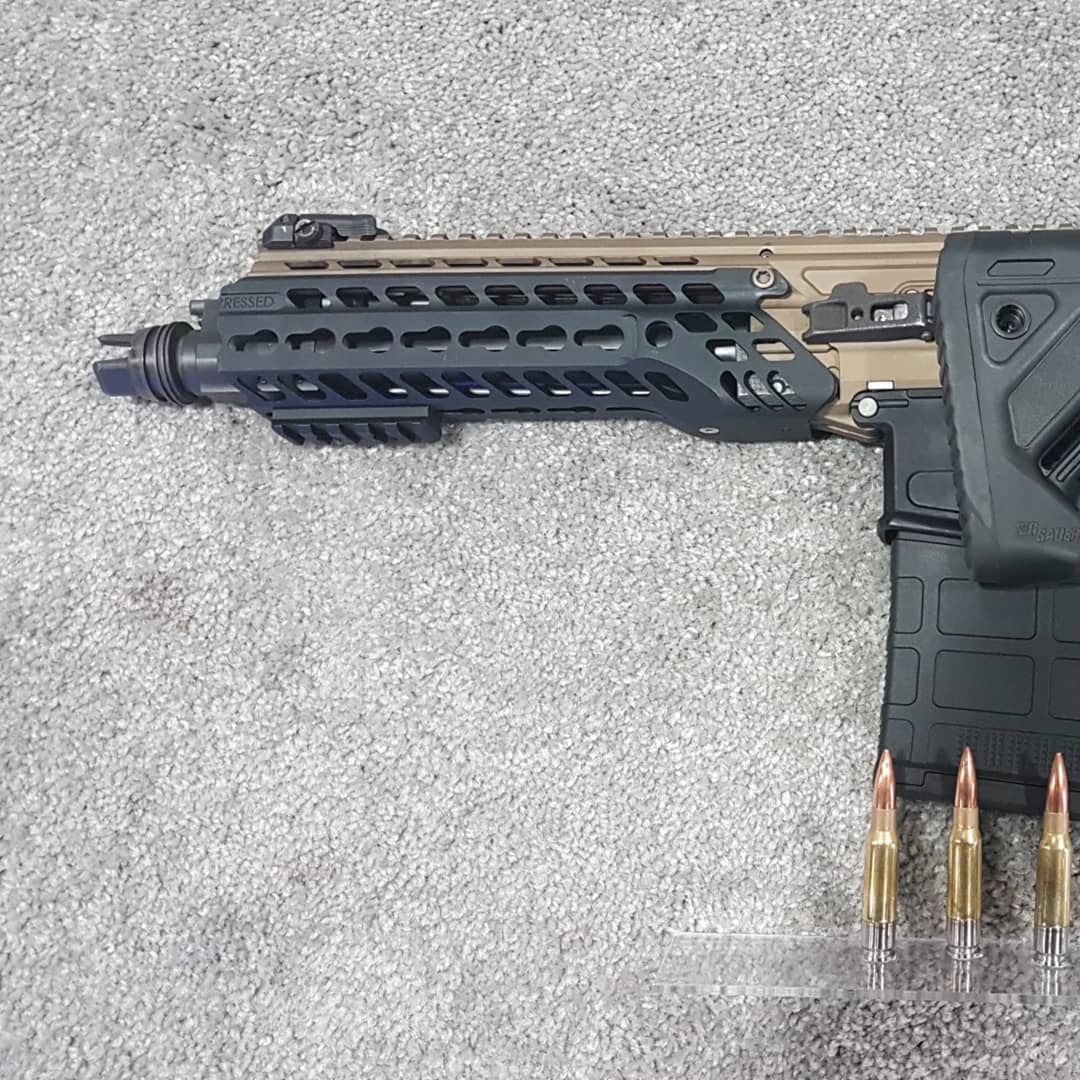 
Textron Systems confirmed to Jane's during the Association of the United States Army (AUSA) annual conference that its submissions for the US Army's Next Generation Squad Weapons (NGSWs) requirement - the NGSW-R (rifle) and the NGSW-AR (automatic rifle) - will be chambered for a 6.8 mm cased telescopic (CT) cartridge. Moreover, it is understood that the 135 grain 6.8 mm projectiles have been provided to NGSW bidders by the US government.

The SIG SAUER MG 338 machine gun is a belt-fed, lightweight medium machine gun weighing under 20lbs., chambered in 338 Norma Mag. The MG 338 features a short-stroke gas piston system and a proprietary recoil mitigation system, with a free-floating, quick-change barrel, ambidextrous controls, switchable feed tray, charging handle that can be alternated to either side depending on operator preference, and as a modern, multi-caliber, modular system the new SIG MG 338 is easily convertible to 7.62x51cal.