Two of the four confirmed contenders bidding to replace the Australian Army’s M113AS4 armoured personnel carriers (APCs) with up to 450 modern infantry fighting vehicles (IFVs) at a cost of AUD10–15 billion (USD7–10.4 billion) are to be shortlisted in the third quarter of 2019.

The two downselected competitors for Project Land 400 Phase III will then undertake an extensive risk mitigation activity (RMA), Major General David Coghlan, head of the newly formed armoured vehicle division in the Department of Defence’s (DoD’s) Capability Acquisition and Sustainment Group (CASG), said during an industry briefing on 22 May.

Although the detailed RMA schedule was not disclosed, it is expected to conclude with the submission of best and final offers and final evaluation.


The Morrison Government’s multi-billion dollar investment to replace Army’s current fleet of mobility and reconnaissance vehicles is taking another significant step forward, with Hanwha Defense Australia and Rheinmetall Defence Australia invited to participate in the next stage of evaluation.

The Risk Mitigation Activity will commence later this year. Following its completion, Defence will undertake a final detailed evaluation of the shortlisted tenders.

A decision on the preferred tenderer to supply the Phase 3 capability will be presented to Government for consideration in 2022.


The first of 211 Rheinmetall Defence Boxer 8x8 armoured vehicles being acquired for the Australian Army at a cost of AUD5.2 billion (USD3.53 billion) was formally handed over to Defence Minister Linda Reynolds on 24 September.

The turretless vehicle was the first of 25 Boxers - 13 multipurpose and 12 reconnaissance variants - that are being manufactured in Germany through to 2021 to meet an early Australian capability requirement for familiarisation and training purposes.

Prior to delivery the Boxer was modified locally with Australian-specific communications and battlefield management systems, and fitted with a Kongsberg Protector remote weapon station (RWS) previously used on Australian Light Armoured Vehicles (ASLAVs) deployed to Iraq and Afghanistan.

Production of the other 186 platforms - a mix of reconnaissance, command and control, joint fires, surveillance, ambulance, and battlefield repair and recovery variants - will begin in late 2020 at a military vehicle centre of excellence under construction by Rheinmetall at Ipswich, southwest of Brisbane. This will be the company's largest facility outside Germany.

The reconnaissance variant of the Boxer will be equipped with Rheinmetall's digital Lance turret system and armed with a 30 mm automatic cannon.

The AS21 Redback, which along with Rheinmetall Defence's Lynx KF41 IFV has been shortlisted to compete for the AUD10-15 billion (USD6.9-10.3 billion) Project Land 400 Phase 3 to provide the Australian Army with up to 450 modern IFVs and 17 manoeuvre support vehicles, was unveiled in an ceremony held on 15 October that was attended by South Korean Prime Minister Lee Nak-yeon and Defence Minister Jeong Kyeong-doo, among others.

The AS21 Redback weighs 42 tons, can reach speeds of up to 65 km/h, has a maximum range of 520 km, a crew of three and can carry up to eight additional troops, according to Hanwha Defense.

The platform is a heavily upgraded version of the K21 IFV, which has been in service with the Republic of Korea Army since 2009. The platform is being offered with the new T2000 two-man, 30 mm turret, which was developed by Australian company Electro Optic Systems (EOS) and will benefit from close collaboration with Israel's Elbit Systems on C4I systems integration.

Main armament options of the T2000 range from a 25 mm to a 50 mm cannon, a 7.62 or 5.56 mm co-axial machinegun, an integrated, shock-isolated pop-up launcher that can deploy a single Javelin or two Spike LR2 anti-tank missiles, and an EOS R400S Mk 2 HD remote weapon station (RWS) that can mount weapons up to and including the M230LF 30 mm lightweight cannon. An alternative RWS is the EOS R150 capable of mounting 5.56 mm to 12.7 mm machine guns. That said, the AS21 Redback prototype displayed at ADEX 2019 did not feature an RWS. 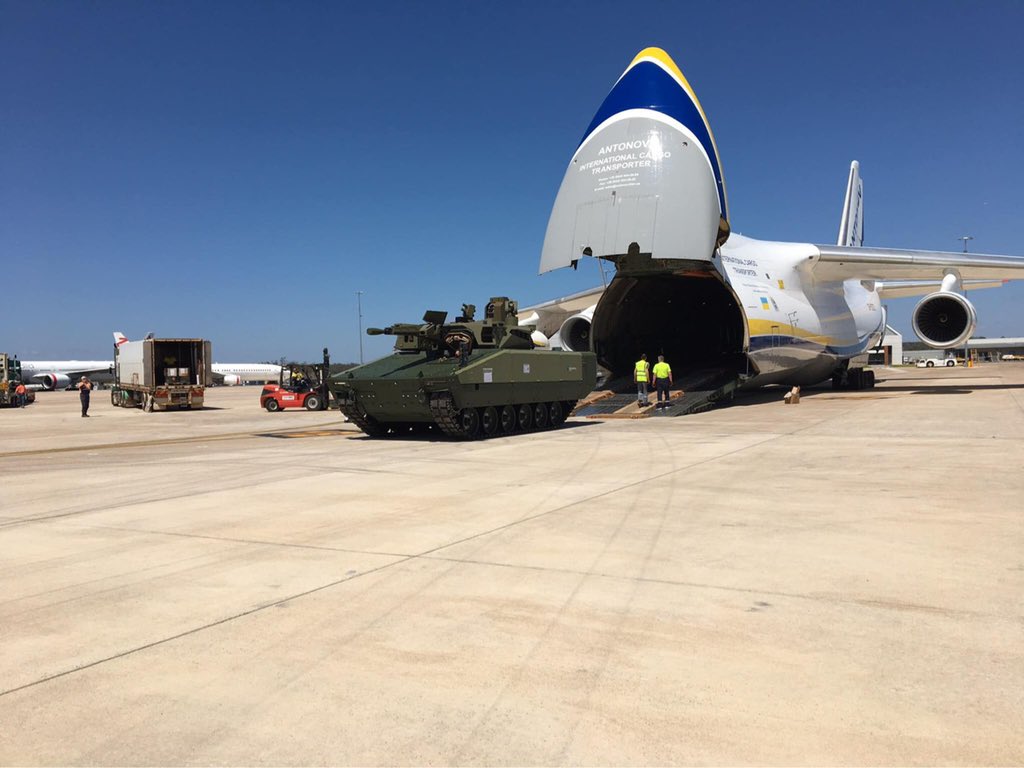 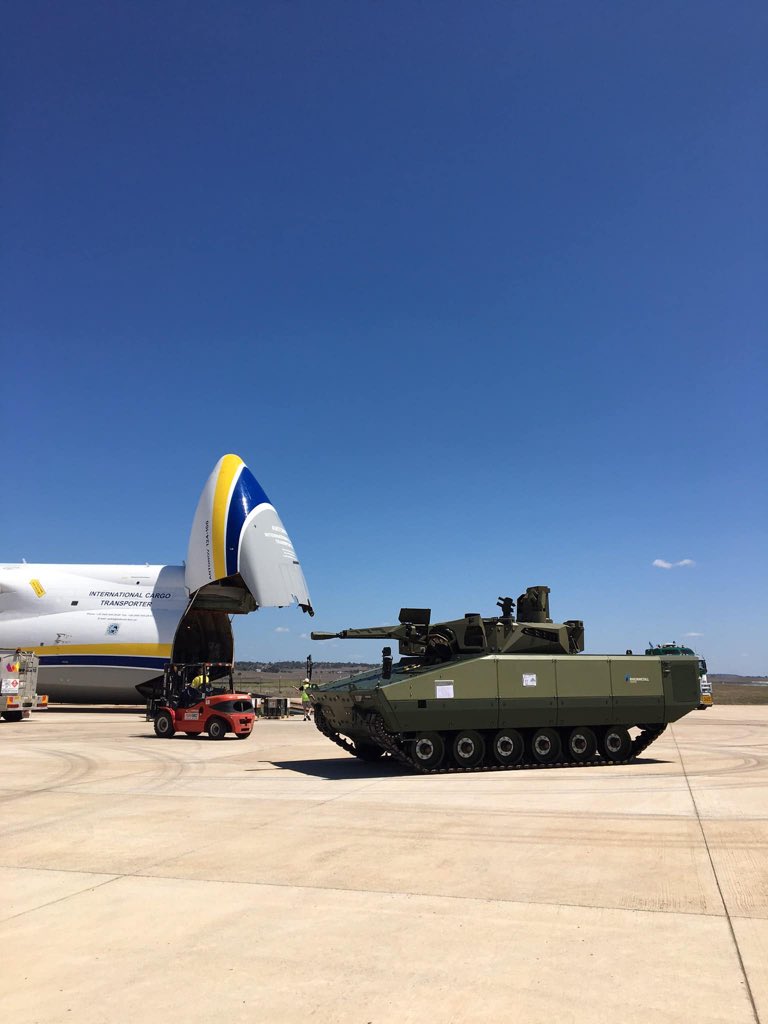 The 3rd prototype of Hanwha Defense's armoured infantry fighting vehicle 'REDBACK' was shipped from Masan Port in Gyeongnam and left for Australia on the December 18th.