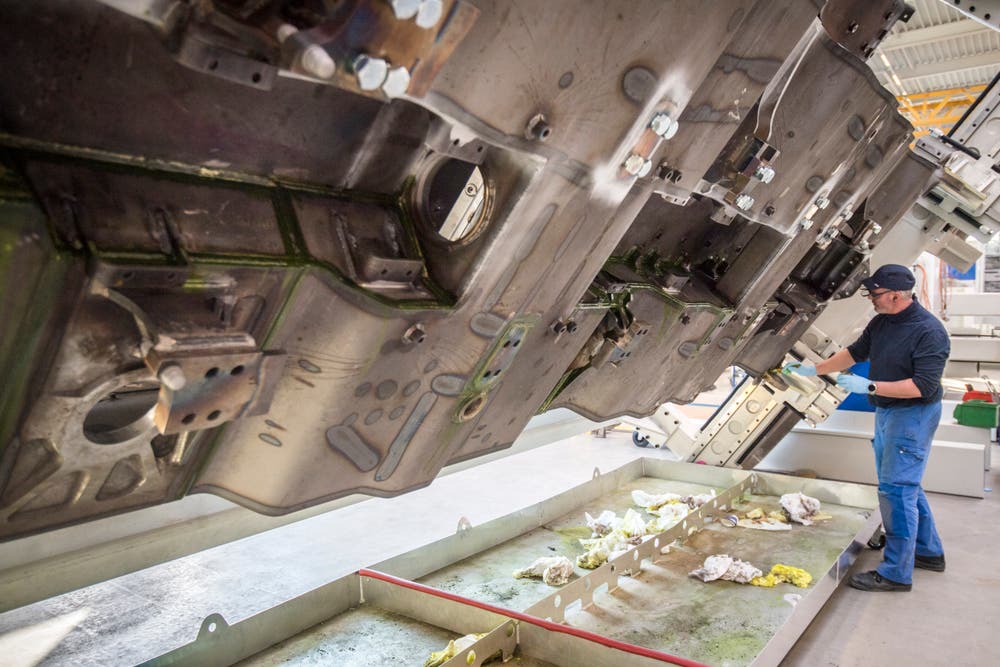 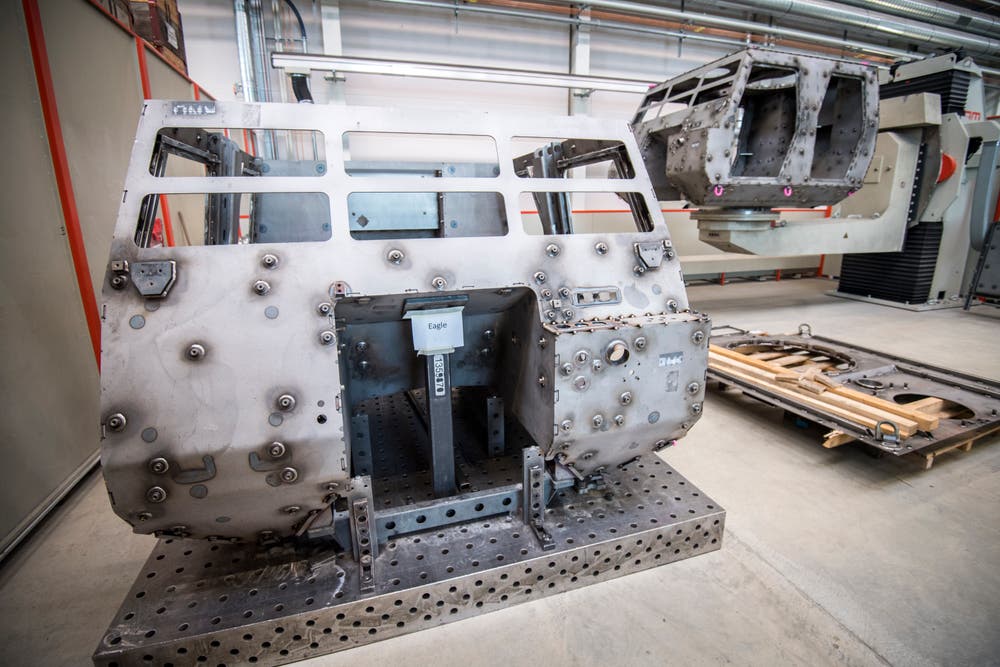 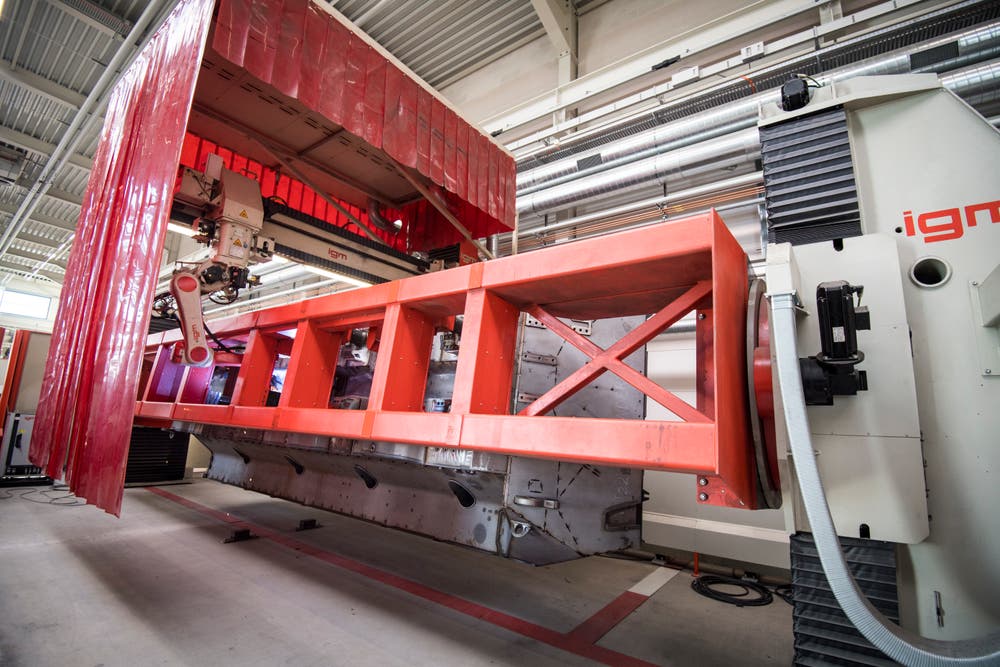 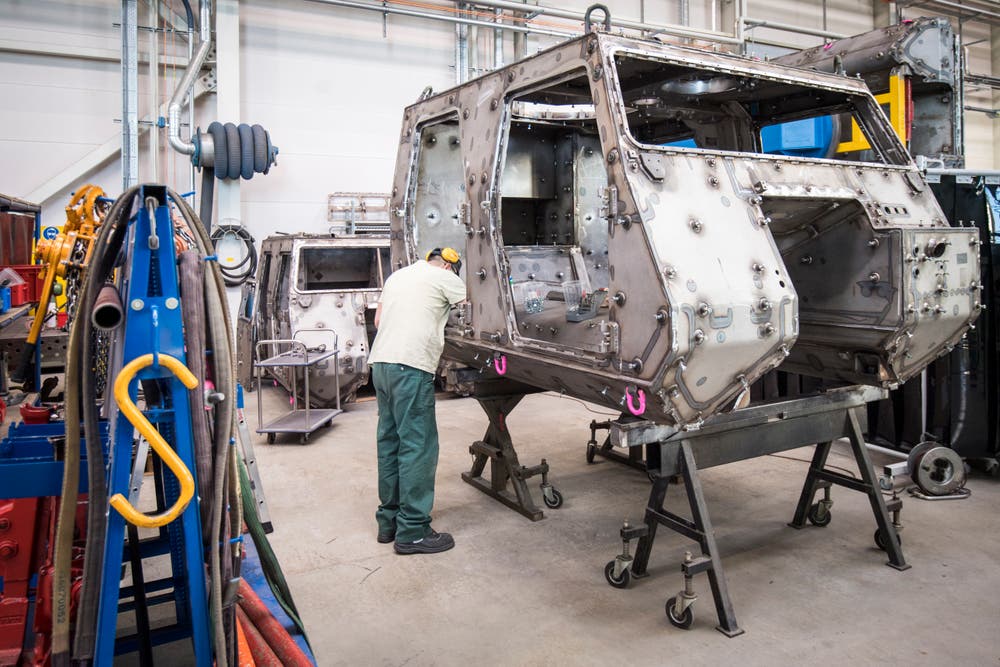 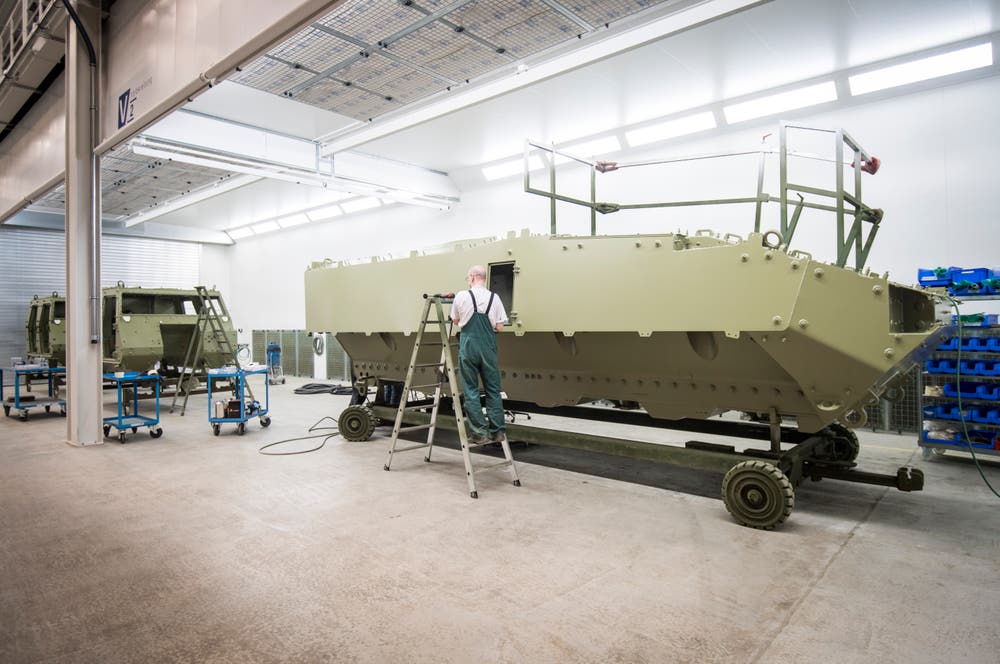 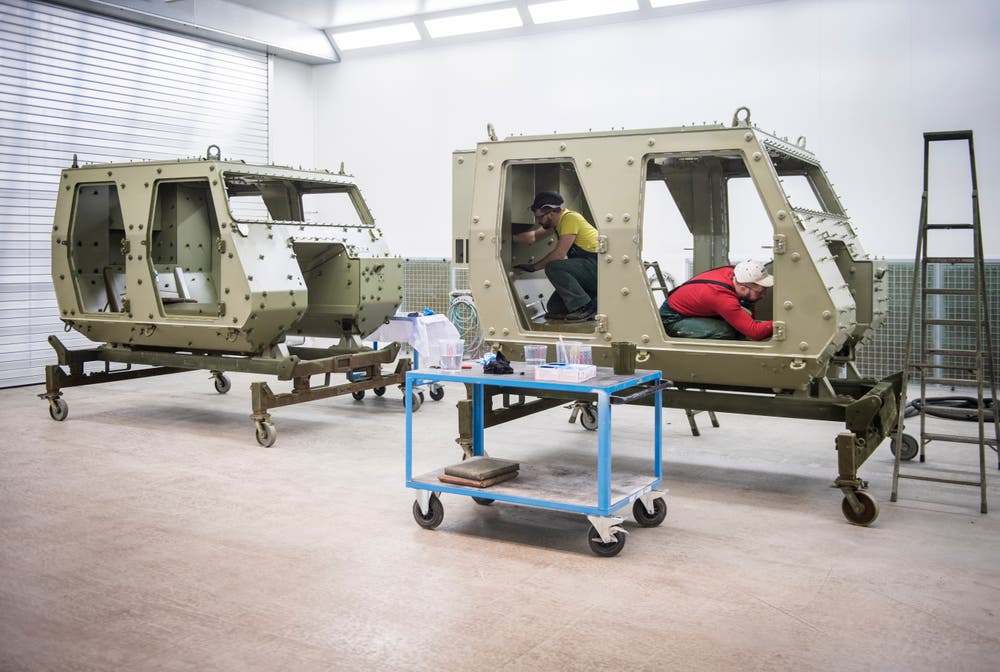 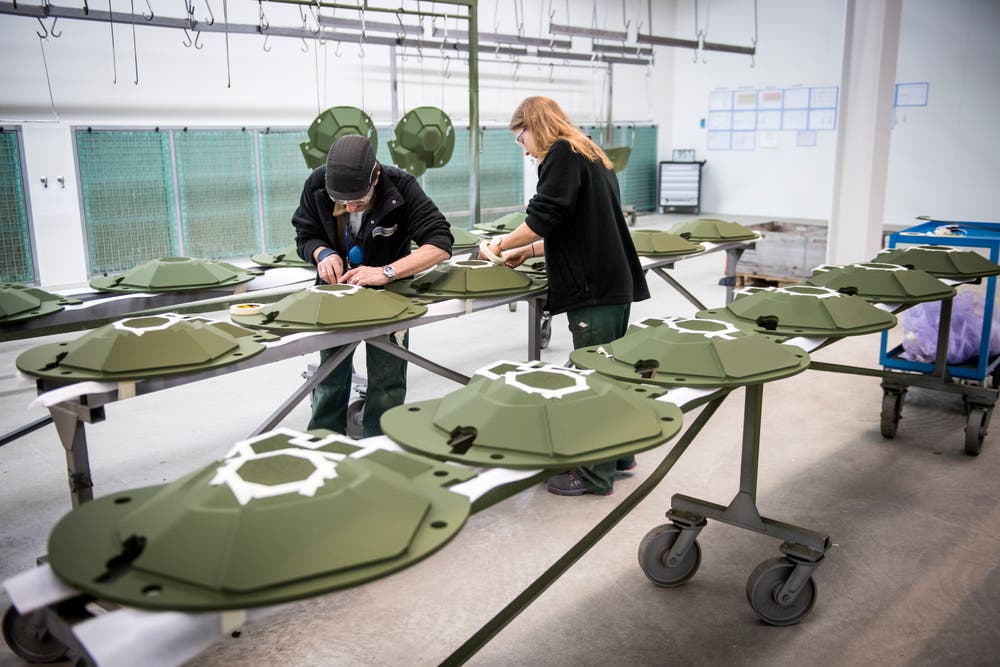 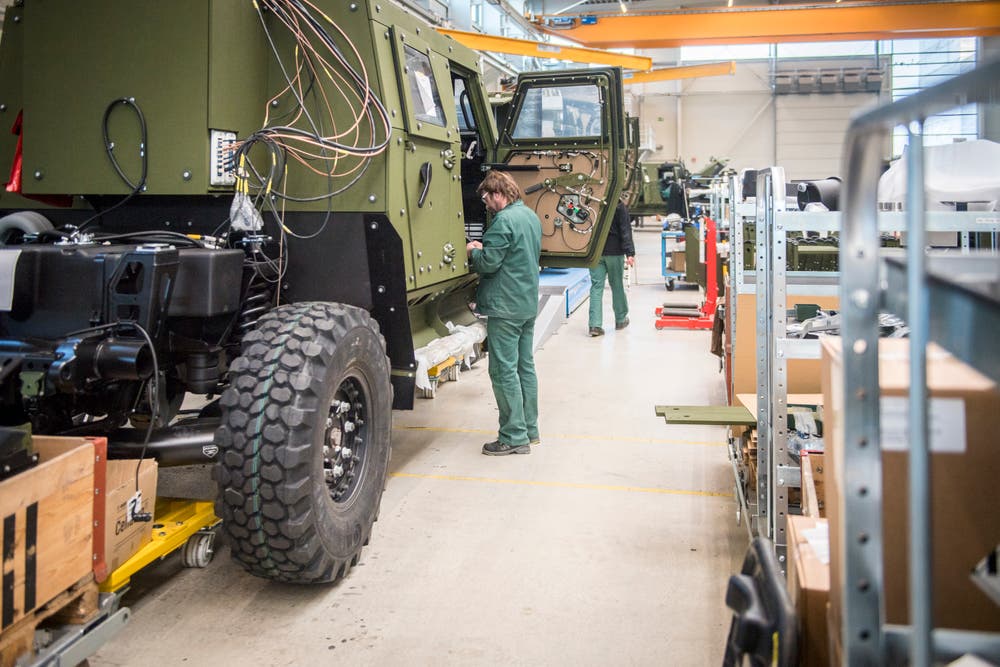 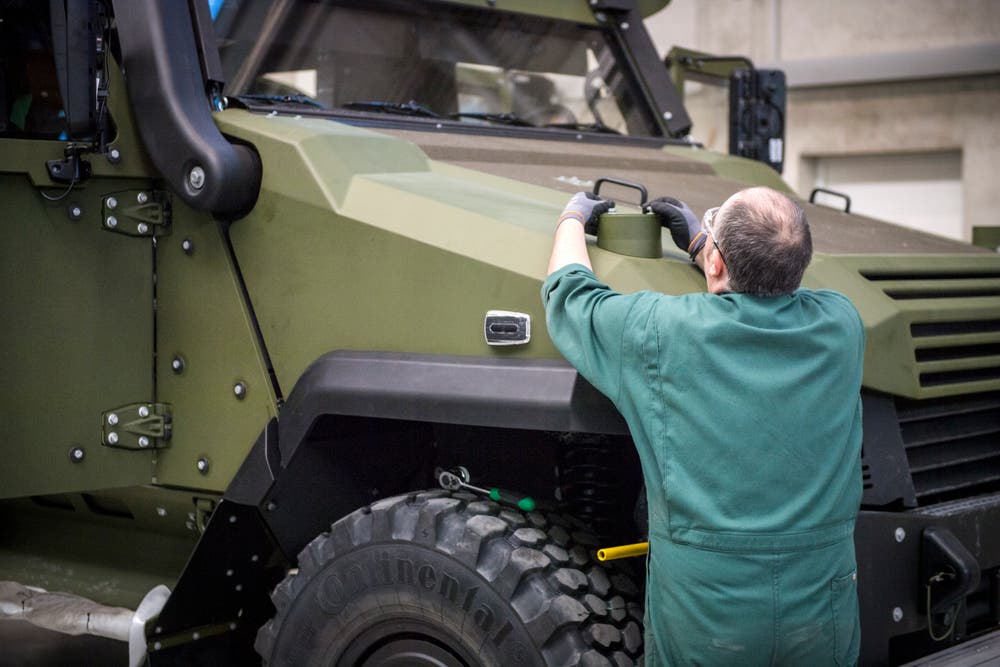 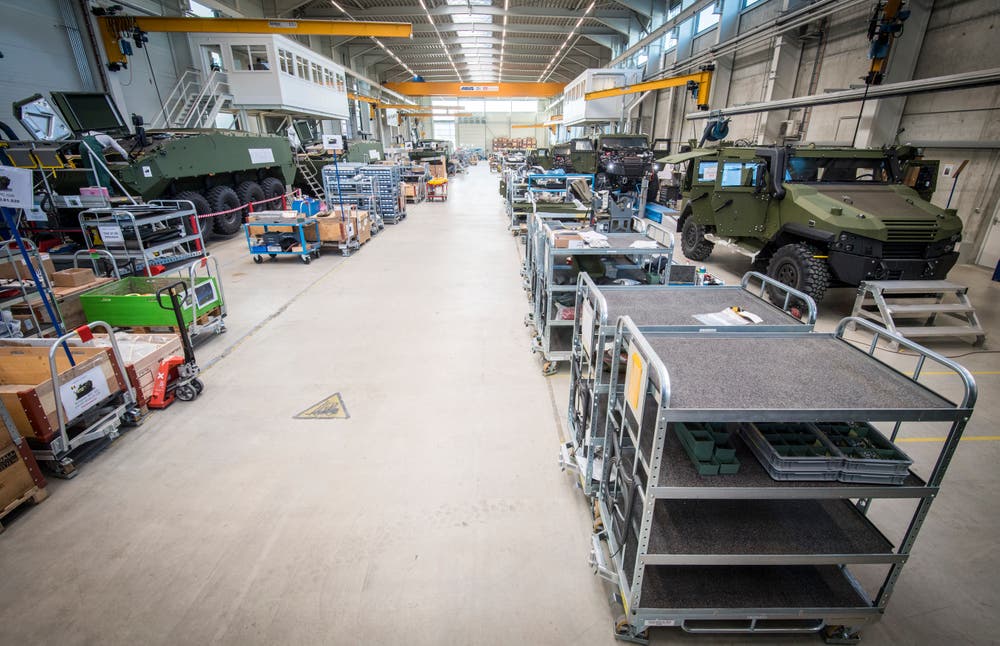 
For ist new role, the Piranha 5 8x8 APC has a raised roof line to the rear of the driver's and commander's Position on the left side, with the 120 mm mortar firing through two roof hatches that are opened left and right prior to engaging a target. Maximum gross vehicle weight (GVW) is 32 tonnes, according to Maj Johnsson.

The latest Cardom 10 120 mm smoothbore mortar is installed on a turntable mount to allow for rapid traverse through a full 6,400 mils onto the target. When travelling, the barrel is lowered to make the platform more difficult to detect. Mounted under the 120 mm smooth bore mortar is a Danish Weibul muzzle velocity radar that feeds Information to the FCS.

The latest Cardom 10 is fitted with a load-assist device to reduce crew fatigue and increase rate of fire. The 120 mm mortar bomb is placed on the loading tray that then moves upwards and aligns itself with the barrel, which is 2 m Long , and releases the mortar bomb.

It will be operated by a crew of five.

Maximum rate of fire is 10 rds/min and multiple round simulaneous impact (MRSI) fire missions can be carried out with a total of 38 120 mm mortar bombs carried.

The Danish Army plans to deploy three platoons each of four 120 mm SP mortar systems, and one per bataillon will also have a Piranha 5 8x8 command post and two 8x8 ammunition supply vehicles. Training on the system is to start in June 2019, with the first unit planned to be operational by 2020.

Like the Danish Army CAESAR, the Cardom 10 will be linked to the Danish Army's Thor FCS, with information coming from the forward observer to the battailon joint fire cell (JFC) module and then onto the actual weapon.

In the case of CAESAR, it will also link with the brigade JFC. The Cardom 10 has an Interface between the Thor gun module and the Cardom FCS mounted on the left side of the weapon, and target Information can also flow from the forward observer direct to the firing platform.

The digitised FCS of both platforms is compatible with NATO Artillery Systems Cooperation Activities (ASCA), which includes artillery and multiple rocket launchers.