The ARV is a purpose-built combat vehicle system, mobile on land and water, and capable of serving as the manned hub of a Robotic and Autonomous Systems (RAS)-empowered team. ARV will employ transformational sensor, communications, and combat capabilities to collect and communicate information, while integrating robotics and artificial intelligence technologies into manned-unmanned teams. The ARV will enable a crew to sense the operating environment and convey that information using advanced on-board sensors and networked communications systems that are augmented by unmanned systems in order to detect, recognize, identify, and report threats at extended ranges. Additionally, ARV will provide the Fleet Marine Force with a survivable, mobile, networked, and lethal platform optimized for naval transport and amphibious employment in the littoral operating environment.

The period of performance for the agreements is 22 months, with prototype delivery expected in the first quarter of fiscal year 2023 and six months of government evaluation that will complete in the third quarter.

The Marine Corps is working to validate the ARV requirement to serve as a mobile protected hub of manned capability with the C4 to effectively operate robotic autonomous systems-enabled teams through a competitive prototyping effort with multiple industry partners.

The effort gained momentum following an industry engagement held in December 2020. PM LAV solicited proposals for prototypes through the consortium on March 30, 2021. The Marine Corps received responses on May 3 and promptly began evaluations.

As part of this modernization effort, the Office of Naval Research (ONR) contracted with SAIC to develop a next-generation Advanced Reconnaissance Vehicle (ARV) technology demonstrator. The ARV tests and evaluates cutting-edge reconnaissance capabilities that are integrated into a transformational hybrid vehicle architecture.

This confidence is rooted in the demonstrator completing six months of full systems-level testing in marine and land environments.

The ARV's design substantially enhances operational stealth and mission longevity, as it enables silent mobility and multiplies silent watch and amphibious capabilities. To promote situational awareness, the system incorporates organic sensors and unmanned aerial assets, including cameras with a laser warning receiver that is augmented by sonar capabilities for marine operations. A tethered unmanned aircraft system contributes to surveillance and communications.

Further, the demonstrator is configurable to reconnaissance and tactical constructs, serving as a centralized operating system to coordinate various unmanned systems, which are integrated into the design. Overall, the electronics package delivers control of more than 20 subsystems through a modern open systems architecture (MOSA) command-and-control system to create a user-centric battlefield management picture.

Introducing a centralized system that increases battlefield awareness allows for safer and more successful missions. Of additional benefit, the demonstrator’s construction uses a combination of state-of-the-art materials to produce an ultra-lightweight product with unrivaled resistance to the elements. The ARV has tested very well in the sea and land environments where it would operate.

Testing for the Swamp Fox remains in progress at Nevada Automotive Test Center, with the system being a contender to replace the LAV. 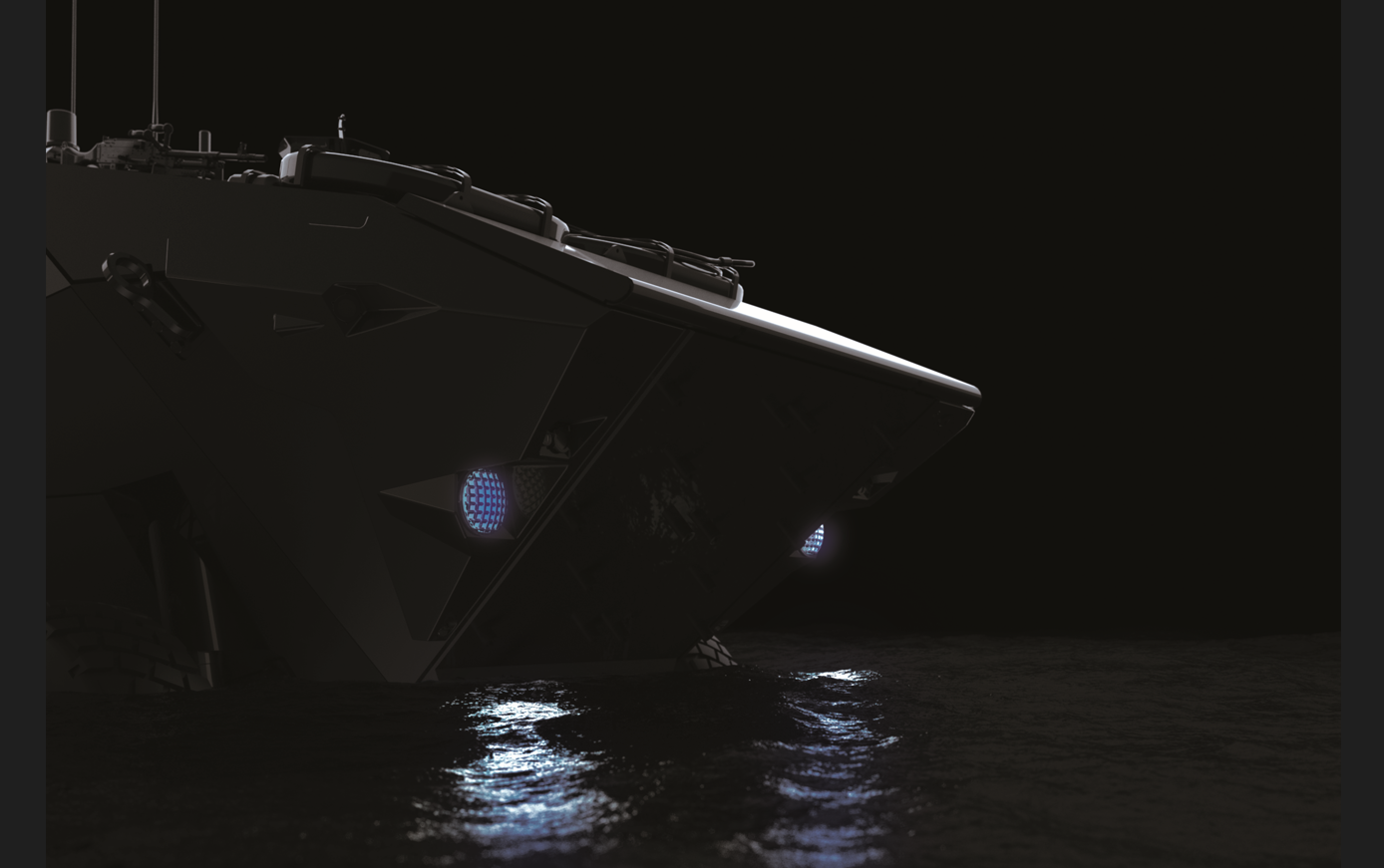 General Dynamics [GD] Land Systems (GDLS) is readying to begin initial testing of its Advanced Reconnaissance Vehicle (ARV) prototype with the Marine Corps in September, before the company hands off the platform to the service in December ahead of the official six-month competitive evaluation effort.

Phil Skuta, GDLS’ director of strategy and business development for U.S. Marine Corps and Navy programs, told Defense Daily the company has utilized digital design over the last year to further refine its ARV offering, which builds off several years of research and development working with a technology demonstrator.

Skuta noted that GDLS, which manufactures the Marine Corps’ current Light Armored Vehicle-25s, began its own internal research and development work in anticipation of the Marines’ pursuit of an ARV-like platform as far as back as 2017, to include building a technology demonstrator.

GDLS then won an Office of Naval Research deal to use the technology demonstrator for a science and technology phase to inform the Marine Corps’ development of ARV requirements.

“During the science and technology phase, for instance, with our earlier technology demonstrator, we put about 60 total nautical miles in the Pacific Ocean on our vehicle,” Skuta said. “The testing we’ve done, that really gives us the confidence we have in risk reduction so the Marines know this vehicle is ready for production. We’ve done the testing on the C4/UAS integration, the swim testing, additional blast kinetic testing we do in-house on our own”

Since receiving the award last year for the official ARV competitive prototyping effort, worth $10.5 million, Skuta said GDLS’ has focused on digital design, System Integration Lab (SIL) work and risk reduction efforts to further refine its ARV offering to ensure the platform is ready for production if the Marine Corps moves in the direction.

The Marine Corps has designated a Command, Control, Communications and Computers/Unmanned Aerial Systems, or C4/UAS version of the ARV as the lead variant, which Skuta described as functioning like a “battlefield quarterback.”

“They want this ARV capability to be able to coordinate and control both onboard and off-board sensors and other means to collect the intelligence, surveillance and reconnaissance information, the un-crewed air and, eventually, ground systems and then connect to the broader reconnaissance and battlefield networks,” Skuta said.

“They’re forward thinking about the future battlefield and needing an exportable power activity, whether that’s for recharging or command post-type of power demands. So through our own strategic investments and our own internal research and development activity, we are looking at things from hybrid-electric propulsion for our vehicles to how we generate, store and distribute power on the battlefield.”

BAE Systems recently told Defense Daily it’s eyeing the ARV program as an opportunity to build out additional variants of its own Amphibious Combat Vehicle (ACV), and the company showcased a C4/UAS version of the ACV and a new Organic Precision Fires concept vehicle at May’s Modern Day Marine conference in Washington, D.C. (Defense Daily, May 11).

Textron Systems is excited to announce that they have completed the prototype vehicle build of the Cottonmouth ARV as a part of their Ground Vehicle System Other Transaction Authority via the National Advanced Mobility Consortium. The team started build following extensive testing with the Alpha prototype vehicle over the last year and completion of the Critical Design Review in April of this year. The prototype vehicle build was completed in four months – an impressive feat considering the supply chain issues impacting the entire defense industry. Since the Cottonmouth ARV’s debut last year and Textron Systems’ selection by the United States Marine Corps (USMC) as one of two companies to deliver a prototype vehicle for the ARV, the team has been hard at work to deliver the vehicle in December 2022. 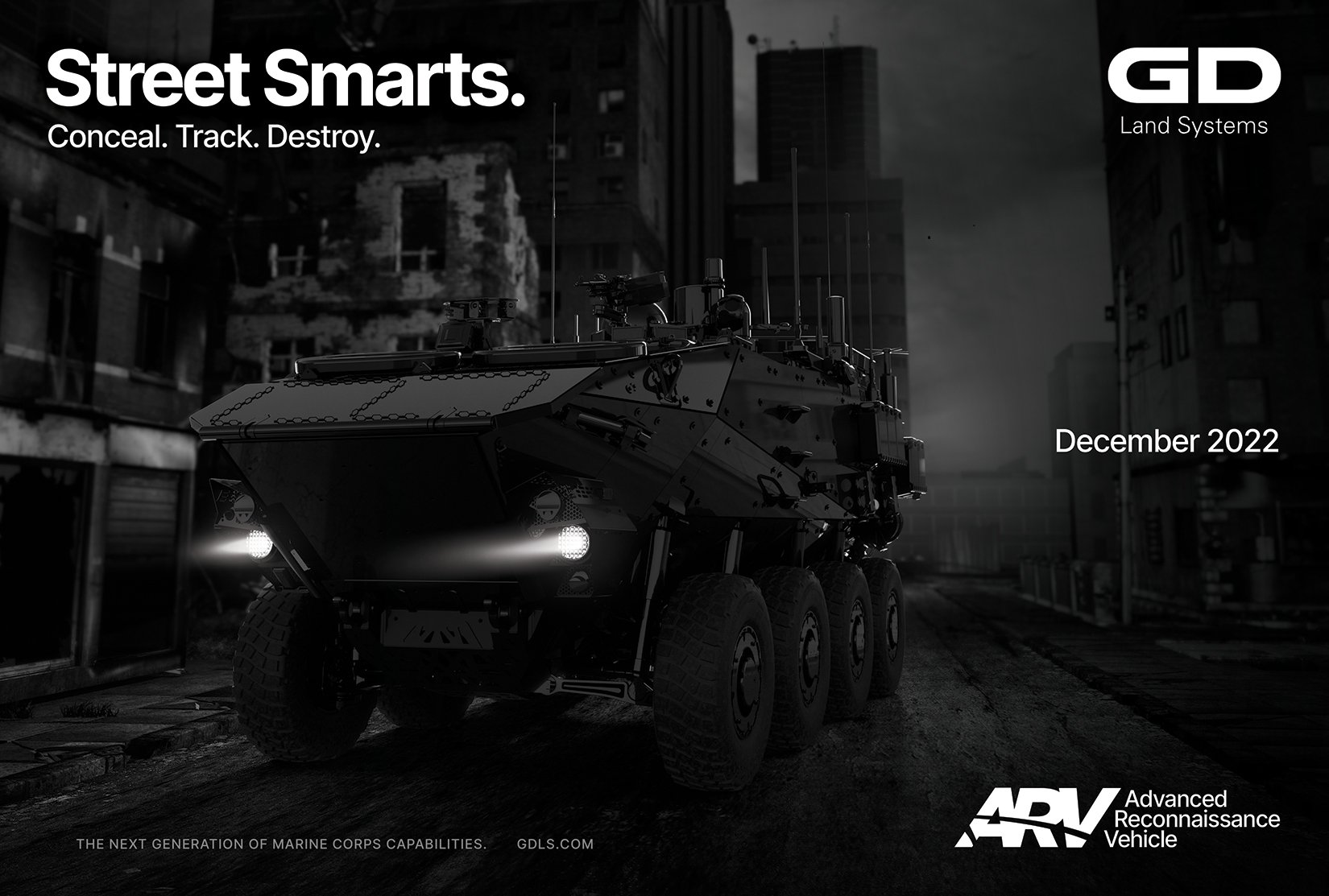