Minister Vulin: We are increasing our combat readiness


- The first stage of the OGANJ system modernization is already completed and it is serially produced now, and this is the second stage, which means that the modular OGANJ is a system that has undergone a major transformation getting an armoured cabin and is capable of firing all types of unguided artillery missiles that are a part of our armed forces’ armament, which are being produced and are about to be produced by our industry. It also has the ability to fire guided artillery missiles - said Miloradović.

This is not the first time the modular OGANJ system has fired a G2000 rocket, Miloradović points out, but it is the first firing in Serbia at a maximum range of about 40 kilometres, which was a good opportunity to test both electronic systems and rockets and the effects of the weapon and the missile used together.

Lieutenant Colonel Predrag Puhača of the Development and Equipping Department of the General Staff of the Serbian Armed Forces points out that good firing results have been achieved.

- We have achieved good results. The weapon and the rocket are in the stage of development and the rocket is about to be introduced into the armament of the Serbian Armed Forces, and will be used for long range firing, about 40 kilometre-range, which is admirable compared to the previous one, which was used for 24 kilometre range maximum - says Lieutenant Colonel Puhača.

Modernization of an infantry fighting vehicle

After the initial testing of the improved running gear and armoured body of the vehicle, the Serbian Armed Forces made a request for a certain redesign, primarily in order to allow for a more comfortable landing. Hydraulic sliding doors have been installed, and the interior has been completely redesigned so that it is more comfortable for the crew and in order to make more storage space for additional combat resources. 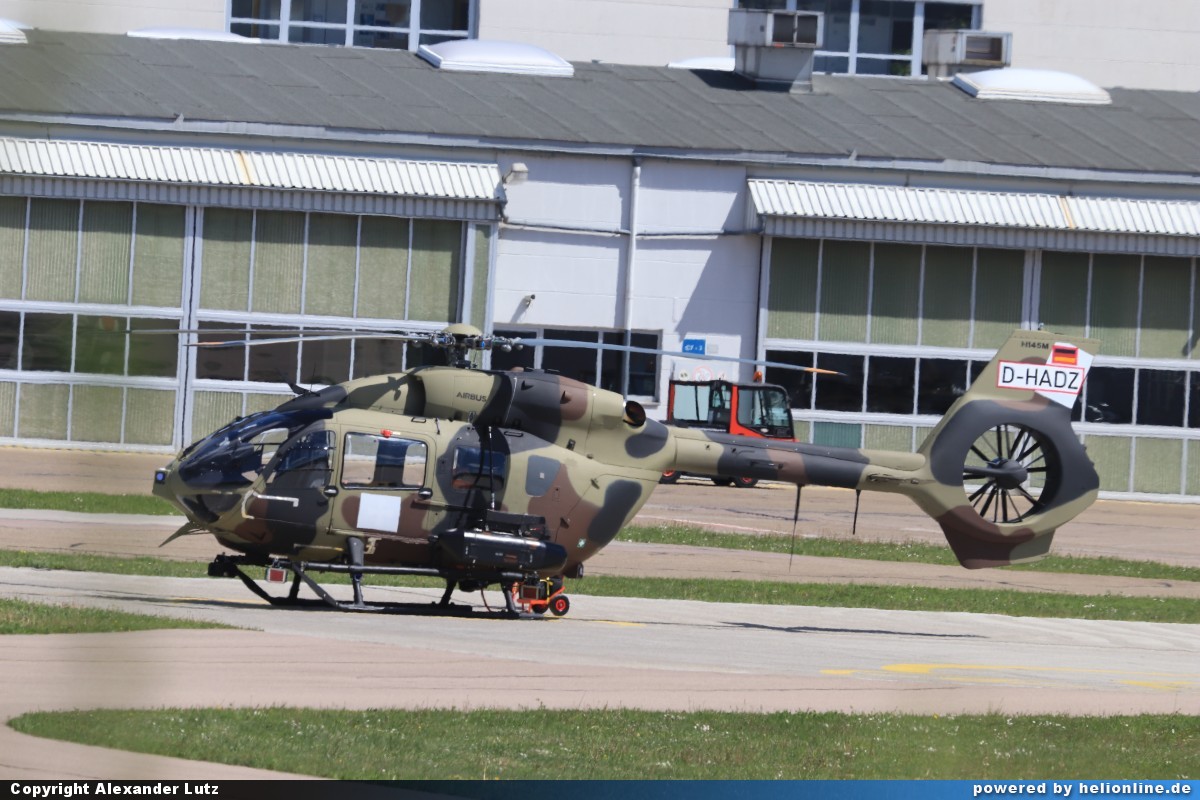 The test-firing, part of a three-phase programme to upgrade the Serbian Army’s (Kopnena vojska Srbije [KoV’s]) PASARS 6×6 self-propelled hybrid armoured artillery and air defence system, was conducted at the Pasuljanske Livade training ground, near Ćuprija in central-east Serbia. A modified PASARS FM-1 mobile weapon system was used for the test, with the RLN-IC/170 launched at a 120 mm illumination mortar round.

According to the Serbian MoD, the objective of the test firing was to verify the missile’s lock-on-to-target in the pre-launch and launch sequences, to confirm the missile’s aerodynamic configuration and real-time autonomous guidance characteristics, and to establish the functionality of RLN-IC/170’s newly-installed subsystems.

Nenad Miloradović, Acting Assistant Minister for Materiel Resources in the Serbian MoD, said that the RLN-IC/170 is an improved version of the earlier RLN-IC missile – a local development of the R-13M short-range IR homing air-to-air missile used with the Serbian Air Force MiG-21 combat aircraft. The RLN-IC/170 features a new solid-fuel rocket motor, believed to have been developed by the Krušik Holding Corporation, an updated IR homing warhead, digital control electronics, and a re-configured larger calibre warhead.


The RLN-IC rocket is intended for the third phase of modernization of the PASARS gun, so today's firing was performed from a modified PASARS FM-1 weapon, from a remote launch platform and aiming system. The targets were 120 mm illuminating mortar shells.

After the firing, the Acting Assistant Minister for Material Resources, Nenad Miloradović, informed the Minister of Defence about the possibilities and development of the RLN-IC 170 short-range anti-aircraft defence missile with an infrared homing head. This improved version uses a more modern homing head, digital control electronics, as well as a newly configured larger calibre warhead. These components of the rocket, as well as the rocket engine, are developed by the Military Technical Institute with its subcontractors.


New uniforms for the members of the Serbian Armed Forces presented


The Minister of Defence, Aleksandar Vulin, attended the verification testing of the phase 2 prototype of the advanced anti-aircraft L-70 Bofors gun (PASARS) at the "Miokovci" firing range near Čačak, namely the segment related to firing at ground targets with time ammunition.

According to him, the "PASARS" system was introduced into the armament last year after rigorous tests, and the production of the first battery of this system is being completed within the zero series.

- We are now testing the prototype of this phase 2 AA system, which means the verification of four more new subsystems that all "PASARS" will be equipped with, including those from the zero series. We are testing a new diesel electric generator and power subsystem, a new driver vision subsystem, i.e. for driving with front and rear cameras in the daytime and at night, a new thermal imaging sight, which will significantly improve the system’s capability and a new subsystem for electronic timing of pre-fragmented ammunition - said Assistant Minister Miloradović.

- This is a new pre-fragmented projectile which, in addition to the standard shell body casing, also has Tungsten balls of large penetration capability, and it also has a new type of fuse through which it receives a radio command from the electronic timing subsystem installed on the vehicle when to explode. This ensures that all projectiles explode in the air above and in front of the appropriate target, which multiplies the effect of projectile and the effects on the target are much greater - said Assistant Minister Miloradović, adding that this will significantly increase the efficiency of the units of the Serbian Armed Forces equipped with this anti-aircraft system, when engaging both air and ground targets - infantry, light vehicles, and other unarmoured targets.


The Minister of Defence, Aleksandar Vulin, attended today the completion of factory reception of the 0-series of the modernized “Oganj” rocket launcher and the test firing in the “Nikinci” Weapons and Military Equipment Testing Centre.

In addition to having a new INS (inertial navigation system), and to being digitalized to a great extent and receiving numerous improvements in communication systems, this model has achieved what is most important in modern warfare - it provides a much greater speed of use. It only takes three minutes for the digitalized “Oganj” to fire the weapon load after the arrival of the battalion to the fire position. It took the non-digitalized “Oganj”, which we have had so far, 26 minutes to do that – said Minister Vulin and added that this is a big change in modern warfare where everything is done in a matter of minutes and seconds "and where there is nothing more important than to arrive safely, fire your ammunition accurately and get out of the firing position as quickly as possible."

- Today, we also saw something that is not a modernized system, but a brand new one. It is a modular “Oganj” that will be able to fire all calibres, but also the “ALAS” type guided missiles. It is something completely new, and we will not wait too long to introduce it into the armaments of the Serbian Armed Forces – Minister Vulin said.

The Assistant Minister for Material Resources, Nenad Miloradović, PhD, pointed out that the final adjustment of the 0-series of the modernized “Oganj” rocket launcher was demonstrated at the testing range in Nikinci.

- The development was finished last year. Several companies of the Serbian Defence Industry participate in this project, and the company in charge of the serial modernization is “Prva petoletka” from Trstenik which delivers main sub-systems, and a great part of work is done by the Technical Overhaul Institute “Čačak”.

- Since all final adjustments have been successfully made, primarily the adjustment of the inertial navigation system, which we witnessed today during the verification and firing practice, we expect the delivery of 0-series, i.e. one and a half batteries in two weeks’ time, and we expect initial equipping with this artillery system. Another such modernization of at least one more battery is planned until the end of the year – said Miloradović.

According to him, the development of a new generation of ammunition for this weapon is just being completed, and one type of rocket with appropriate fuses has already been introduced into the armaments – the M-18 rocket, and the production of significant number of those rockets has been agreed with “Krušik”.


The Minister of Defence, Aleksandar Vulin, and the Chief of the General Staff of the Serbian Armed Forces, General Milan Mojsilović, attended today the presentation of the characteristics and capabilities of the new M-20 MRAP 6x6 armoured fighting vehicle in the plant of the "Zastava TERVO" company from Kragujevac.