Serbia's Srboauto and South Africa's ADG Mobility are developing a new 6x6 armoured personnel carrier (APC) called Kurjak (Black Wolf), which will initially be aimed at the export market with the first prototype expected to be completed in about 18 months, according to a company official.

The Kurjak APC will have a hull of all-welded steel armour with an applique passive armour package. The ballistic protection would be to NATO STANAG 4569 Level 4, and mine protection will be to STANAG 4569 Level 4a and 4b, a company spokesperson said at the Partner 2019 International Armament and Military Equipment Exhibition in Belgrade, Serbia. At the moment the Serbian Army does not have an amphibious wheeled vehicle with at least STANAG 4569 Level 4 ballistic and Level 4A/4B landmine protection, which the Kurjack has. It can also withstand a 50 kg TNT improvised explosive device (IED) detonating five metres from the vehicle.

The Kurjak will be fully amphibious with a minimum speed of 8 km/h in water at a mass of 24 tons. A 540 hp diesel engine coupled to a 6 speed automatic gearbox will supply power to a fully independent suspension with hydropneumatic struts and 16.00R20 tyres. The hydraulic and pneumatic system will be supplied by Srboauto’s sister company, Pneumatic-Flex. The electrical system is based on CAN-bus architecture.

The vehicle will have a maximum speed of 115 km/h, length of 7 metres, height of 2.6 metres and a gradient capability of 60%. The Kurjak will carry a crew of 11 namely a driver, commander, gunner and eight dismounts. A RCWS (remote controlled weapon station) with a 30 mm gun will be fitted, but provision is made for a variety of weapon stations to be fitted. A fire suppression system, CBRN (chemical, biological, radiological and nuclear defence) and climatic systems will be provided as standard. A 360-degree video surveillance system can be fitted.

ADG Mobility said the concept phase of the project has been completed and the definition and design and development phases will commence shortly. A fully tested prototype will be available within the next 20 months.


On the 16 July, on the occasion of the visit of French President Emmanuel Macron to Serbia, MBDA announces the signing of a contract for the acquisition of Mistral 3 short-range air defense systems by the Ministry of Defence of Serbia.

The contract is for the acquisition of Mistral missiles, launchers for dismounted soldiers, related equipment and logistics, and the provision of technical and material assistance for the integration of the Mistral missile on the PASARS vehicles of the Serbian Armed Forces.


Agreements in the Field of Defence Signed with Representatives of France (15. Juli 2019)


In the presence of President of the Republic of Serbia and Supreme Commander of the Serbian Armed Forces Aleksandar Vučić and President of the French Republic Emmanuel Macron, Minister of Defence Aleksandar Vulin and Vice President of MBDA company, Didier Philippe exchanged Framework Agreement and relevant Purchase orders for the procurement of Mistral 3 AD system and its joint integration into Pasars system.

The Framework Agreement and Purchase Order No.1 with MBDA were signed by Vice President of the company Didier Philippe and Commercial Director of “Jugoimport-SDPR” Aleksandar Lijaković, while the Head of Division in Department for Procurement and Sales of Material Resources Sector, Colonel Dragan Panić signed it in his capacity of present and consenting individual. Purchase Order No. 2 was also signed by Didier Philippe and Aleksandar Lijaković, while Director of the Military Technical Institute of the Material Resources Sector, Colonel Bojan Pavković signed it in in his capacity of present and consenting individual.


Serbian President Aleksandar Vučić said on 15 July that Serbia is purchasing 18 Mistral units with 50 missiles, according to the MoD’s website.

Minister Vulin: Making up for the years without investment (11. Juli 2019)

According to the director of the Military Technical Institute, Colonel Bojan Pavković, today an examination of the modernized anti-aircraft system was carried out within the framework of structural tests.

- We have been working on the development of this system over the previous period, and now we have come to the point where the system is slowly entering the testing phase. After the new testing here at Deliblatska peščara, which are the most extreme driving tests, we will move onto functional tests and after that the asset will be handed over to TOC for final testing - said Colonel Pavković.

In addition, two prototypes of the new off-road vehicle, which were developed in cooperation with the company “Zastava TERVO”, a van and a truck, were examined in this terrain.

The goal of the drive test is to test the driving characteristics, durability, reliability and functionality of the assets and their subsystems, the ergonomic characteristics of the vehicles, as well as the dynamic behavior of the vehicles in order to assess their quality and the built-in components and to confirm the degree to which the tactical-technical requirements have been met, and the assets will then be run through test drive on mountain macadam and asphalt base terrains.


Serbia presented 10 BRDM-2M armoured reconnaissance vehicles gifted by Russia at 'Mija Stanimirović' barracks in Niš on 29 July, the Ministry of Defence (MoD) announced on its website.

The MoD announced on its website on 27 July that the BRDM-2Ms, plus spares, had arrived in Serbia by Russian air transport.

Vučić said during their presentation on 29 July that Russia had paid for the upgrade of the donated vehicles. In a first for Beijing in Europe, Serbia to receive Chinese armed drones

“This (sale) will greatly strengthen the Serbian military, which will gain capabilities it has not had in the past,” Defense Minister Aleksandar Vulin said in an interview Tuesday on state-owned television. Vulin spoke just a day after hosting a high-level Chinese military delegation led by Gen. Zhang Youxia, vice chairman of the powerful Central Military Commission in Beijing. Minister of Defense Aleksandar Vulin has visited the “FAP Korporacija” (“FAP Corporation”) a.d. Priboj today, where a contract was signed between that company and the Defense Technology Department of the of Material Resources Sector of the Ministry of Defense to modernize the combat armored vehicle of the Serbian Armed Forces, better known as the BOV.

The CEO of “FAP Korporacija”, Ranko Vuković pointed out that today, through contract worth 220 million dinars that was signed between FAP and the Defense Technology Department, the Serbian Armed Forces will receive modernized vehicles and FAP will have work. 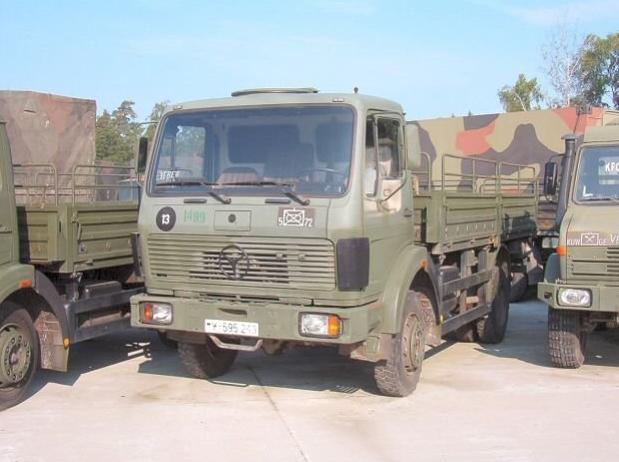 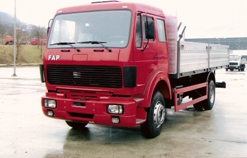