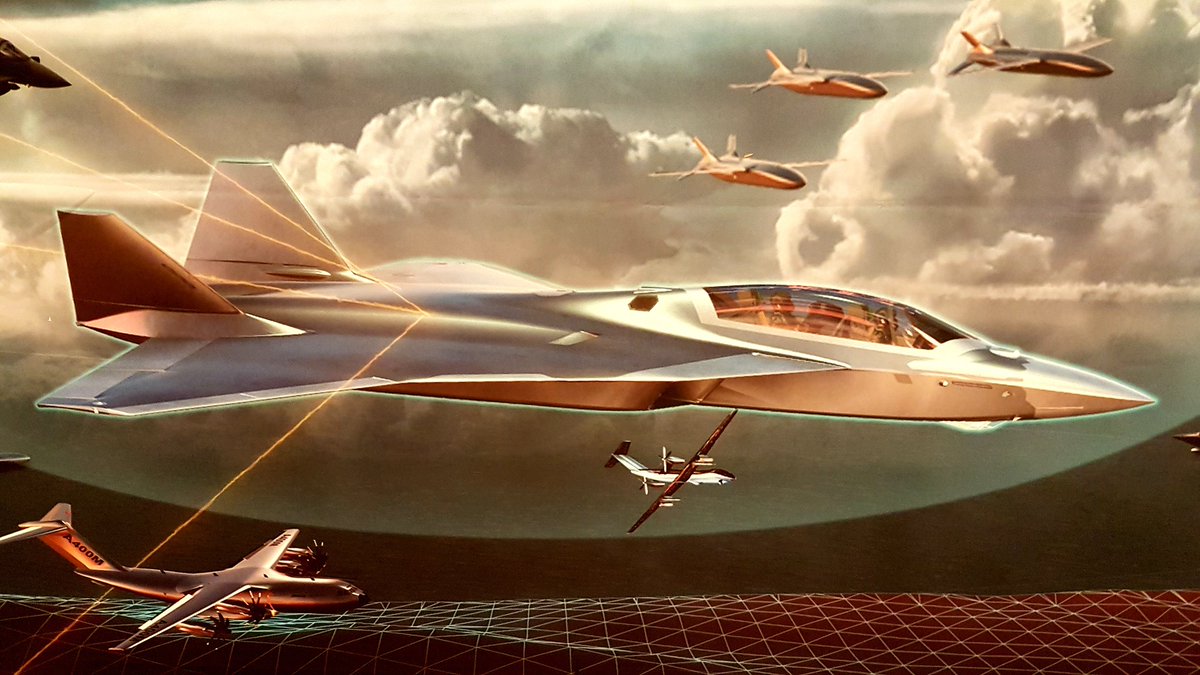 With nukes in mind, French officials stake out must-haves for Franco-German warplane


Meanwhile, France’s desired carrier-operations capability comes with specific design requirements for how planes take off and land on short runways at sea.

French defense officials also hope to incorporate dedicated combat drones into the mix of Future Combat Air System platforms, which France has studied together with the United Kingdom for years. Those carrier-capable unmanned aircraft would be bigger than the drones envisioned to be swarming around the main, manned aircraft, and their task would be striking targets deep behind enemy lines.

Germany needs none of those features. Still, officials from both countries here at the conference insisted the diverging requirements would be sorted out amicably as the program progresses. The Germans hope that the system’s envisioned modular architecture will help limit country-specific variations, allowing nations to configure one common, base-aircraft design to fit their needs.

According to the French two-star, the program plan foresees agreement on an architecture strategy in 2020, building a demonstrator platform in 2025 or 2026, and freezing the design specifications in 2030 to enable manufacturing in time for a 2040 fielding date.

Analysts are currently toying with four variants for the main, manned, combat aircraft, which is called the next-generation fighter, or NGF, in French FCAS lingo, Breton said.

Each boasts specific strengths, like maneuverability in one case. It is unclear, however, how many distinct versions there will be in the end, he stressed, as Germany and France each fine-tune their visions.

Spain is expected to formally join the project soon. The plan is to have Madrid sign similar cooperation documents as Berlin and Paris have already inked, including a finalized, high-level requirements document in the next few months.

While Dassault will be in charge of the central combat aircraft, as agreed by all, Airbus has claimed the lead for the so-called “system of systems” for the entire project. The term refers to the sensor and command connections linking all FCAS components as part of what Airbus calls the “Combat Cloud Ecosystem.” That piece is considered the secret sauce meant to turn a bunch of flying objects into a highly autonomous, lethal and coordinated weapon.

France and Germany forge ahead with future fighter


Announcing the move on Twitter, French defence minister Florence Parly said the partners have taken a "decisive step" to build on June's decision to pursue the joint effort.

She says the new pact will see the start of studies covering the proposed design and architecture, as well as the launch of demonstrators for the aircraft and engine by mid-2019.

In addition, propulsion specialists MTU Aero Engines and Safran are in talks to collaborate on the development of the type's powerplant.

MTU says it cannot give details on the structure of any pact with the French firm but describes it a "natural partnership".

"We are working ahead on that topic together with Safran," it adds. The two companies have previously worked together on military engines, including as key members of the Europrop International consortium producing the TP400 for the A400M Atlas tactical airlifter.

German Defence Minister Ursula von der Leyen, a conservative, had promised a decision on a procurement program valued at over 15 billion euros ($17 billion) by the end of 2018, but SPD politicians now say they need more information.

Sources familiar with the process say the ministry wanted to split the order between the Eurofighter Typhoon - built by Airbus, Britain’s BAE Systems and Italy’s Leonardo SpA - and the U.S.-built Lockheed Martin F-35, or potentially the Boeing F/A-18.

Wolfgang Hellmich of the SPD, who heads the parliamentary defense committee, said there is no rush to replace the Tornado fleet, since it is slated to continue flying until 2035.

“We don’t have to make an immediate decision,” he said. “This is a complex issue, and we must understand it fully.”

Hellmich said lawmakers needed more information from the ministry, and hoped it would be provided by mid-year.

Military officials warn that extra maintenance needed to fly the Tornados beyond 2025 could cost over 8 billion euros.

The issue was discussed by senior leaders from the coalition partners on Wednesday. A ministry spokesman said no decision had been made.


Germany officially knocks F-35 out of competition to replace Tornado


Germany’s Ministry of Defence has officially ruled out the F-35 joint strike fighter as a choice to replace its aging Tornado fleet, Defense News has learned.

An official from the ministry confirmed that the F-35 is not a finalist in the competition, which seeks a replacement for the 90-jet fleet. The news was first reported by German site AugenGeradeaus.

However, the decision leaves open the question of certification for nuclear weapons. The Typhoon is not certified to carry the American-made nuclear bombs that Germany, as part of its strategic posture, is supposed to be able to carry on its jets.

Competing against the Typhoon is Boeing’s F/A-18E/F Super Hornet.

Before the German MoD confirmed that the F-35 was officially out of the running, Reuters on Thursday reported that the ministry was considering splitting the buy between the Typhoon and either the F-35 or Super Hornet.

Ordering both the Typhoon and an American aircraft would make it easier to continue carrying out the NATO nuclear mission, while also lending support to the European industrial base. However, it could complicate logistics, adding more expense and forcing the German air force to maintain two supply chains.