Prospects for combat air: What follows Typhoon and Lightning?


Saab welcomes the news that the Ministers of Defence of France, Germany, Italy, Spain, Sweden and UK have declared their intent to carry out a joint study aimed at providing an initial assessment of their respective future combat air system capability requirements in a 2020 timeframe.

Saab, together with the other major European Aerospace Companies (Alenia Aerospace, BAE SYSTEMS, EADS and Dassault Aviation) all recognise the long term capability needs, identified by the Governments, which will require systems and technologies to be developed and demonstrated jointly to maximise the effect of R&T across Europe. As a result, they have expressed an intention to work together with the common aim of performing:


Germany is pressing Washington to clarify whether it would let the Eurofighter Typhoon carry nuclear bombs as part of shared Western defenses, an issue that could help decide whether Berlin orders more of the jets, sources familiar with the matter said.

New jets will need to be certified by Washington to carry out nuclear missions, a process which can take years.

Germany’s defense ministry sent a letter to the U.S. Defense Department in April asking whether certification of the European jets was possible, how much it would cost, and how long it would take, the sources told Reuters on condition of anonymity.

Top U.S. Air Force and Pentagon officials are working to respond to the German query, the sources said.

Executives with Airbus (AIR.PA), Lockheed Martin (LMT.N) and Boeing (BA.N) are making presentations to the defense ministry this week after submitting reams of information on their respective warplanes in April, with the formal launch of the competition expected later this year, industry sources said.

The German defense ministry declined comment on the issue.

Airbus has said it is confident Eurofighter - a joint project with Britain’s BAE Systems (BAES.L) and Italy’s Leonardo (LDOF.MI) - could be certified by 2025. Sources familiar with the Eurofighter said it was possible to reconfigure the European jet to carry nuclear bombs.

But U.S. government sources say that schedule is ambitious given that the F-35 and other aircraft must be certified first. Washington has suggested it could take 7-10 years to certify the Eurofighter for nuclear missions, well beyond the Tornado’s retirement date, according to one German military source.

U.S. officials will also weigh whether the Eurofighter could survive a mission into enemy territory to drop a nuclear bomb without stealth capability at a time when Russia and other potential future enemies have bolstered their sensors and air defenses, a second source said.

Volker Paltzo, chief executive of Eurofighter Jagdflugzeug GmbH, told Reuters this week that he remained confident that Eurofighter could take over the roles of the Tornado, and the company had a strategy to deal with a length certification process.

He said the Tornado had been successfully recertified several times after major upgrades. 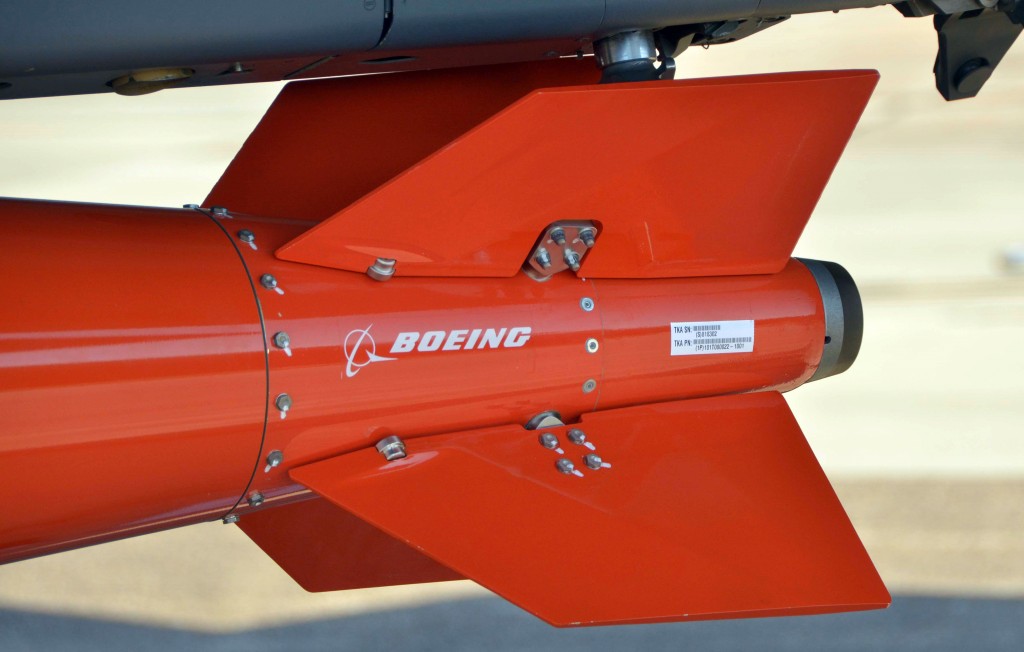 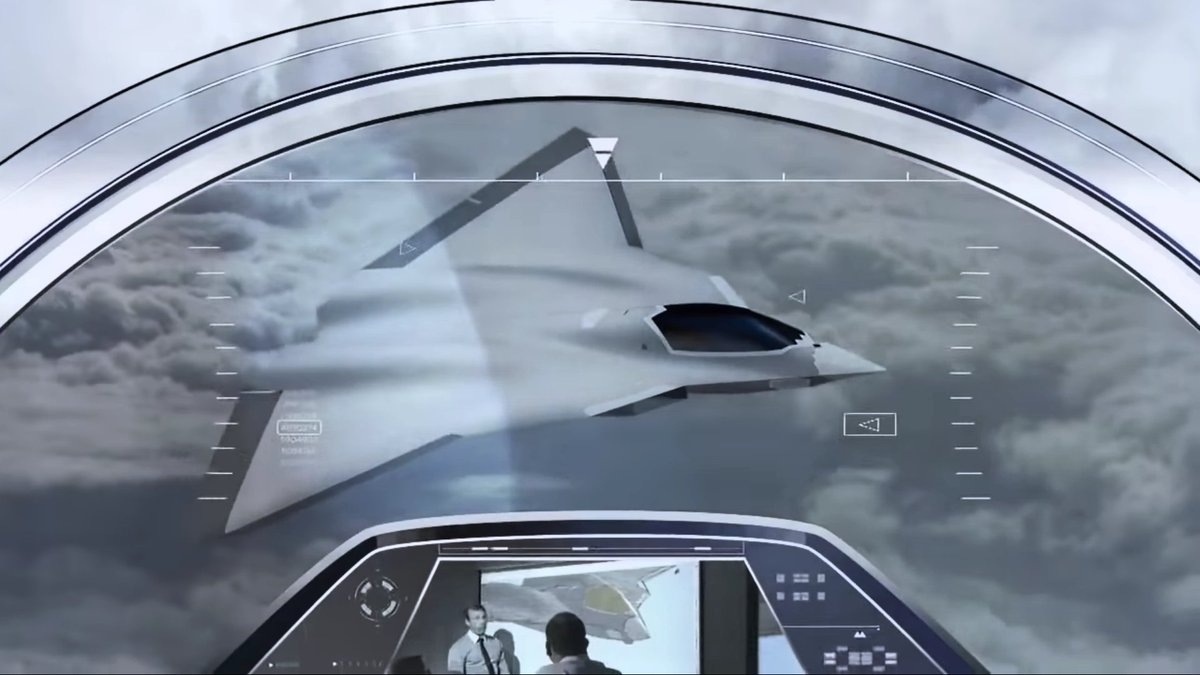 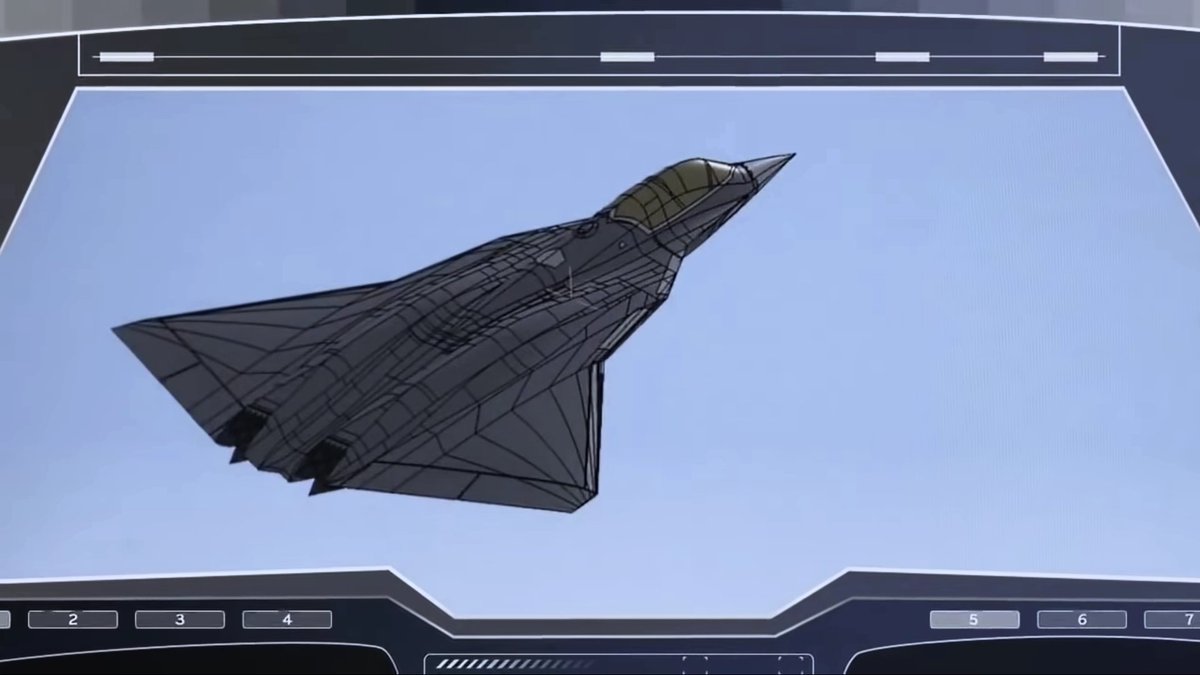 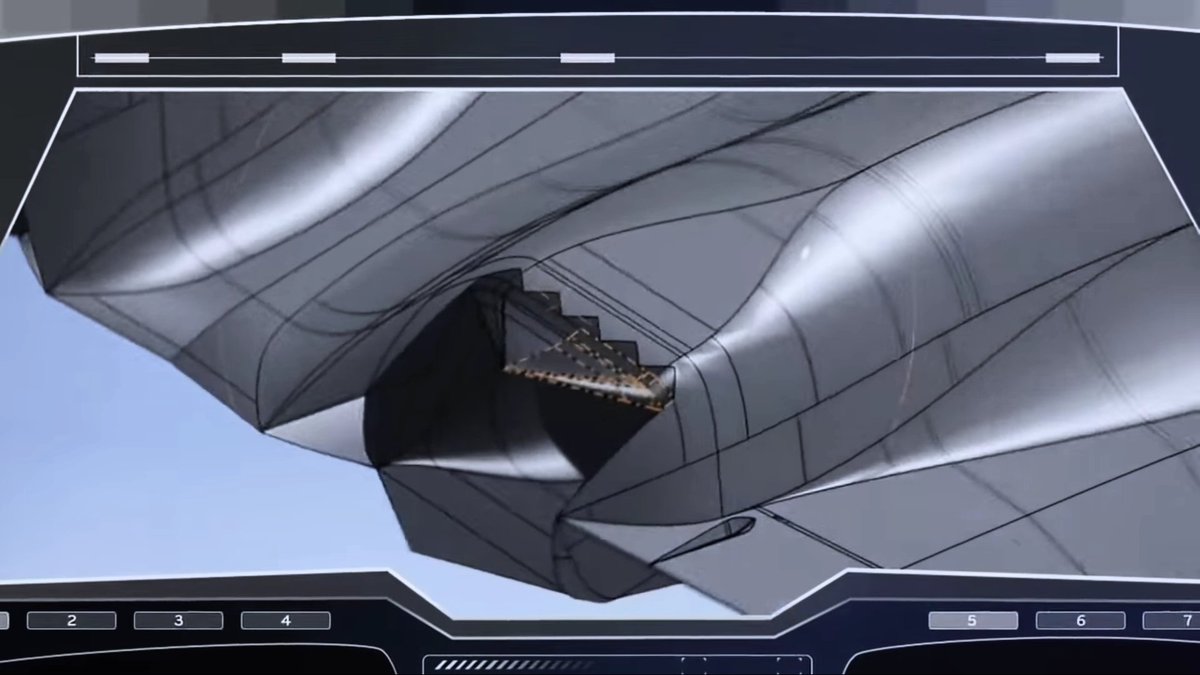 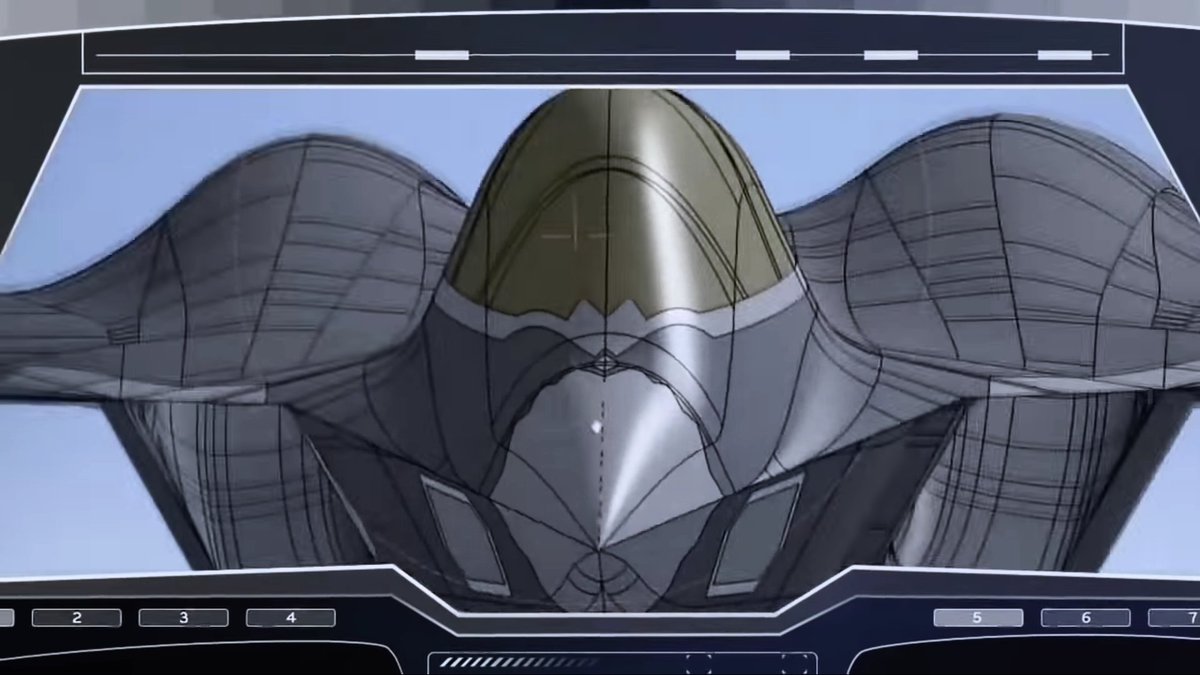 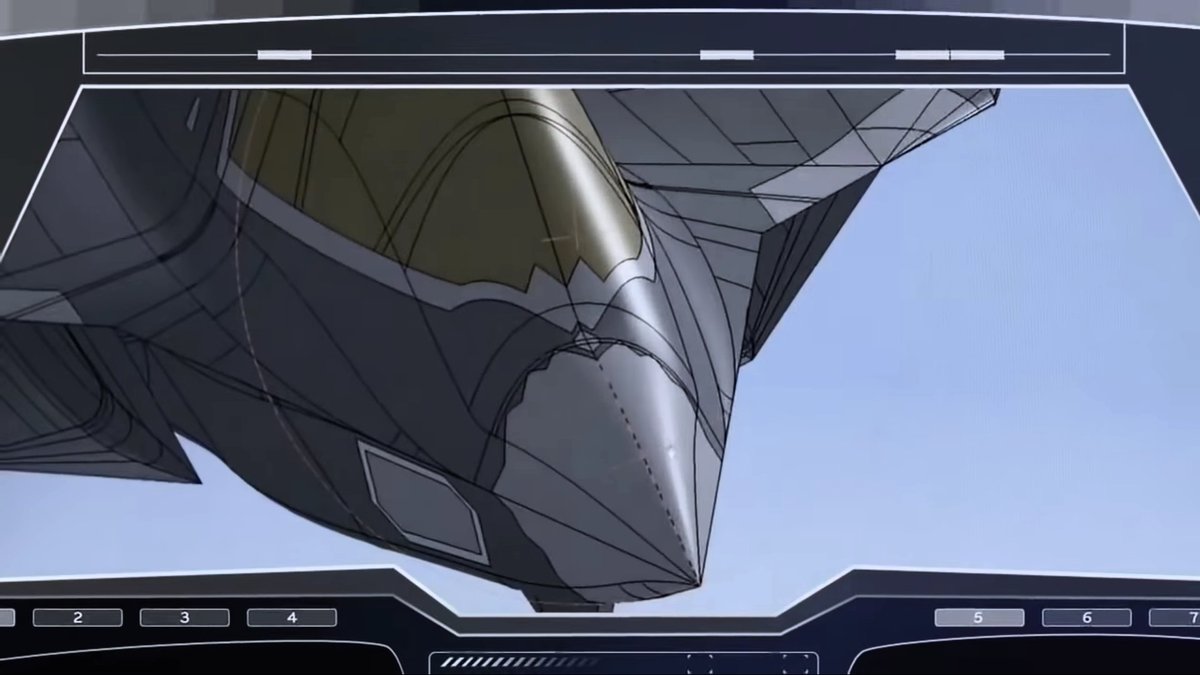 
The UK and Sweden have conducted initial talks regarding collaboration on a future fighter aircraft.

This story broke this morning and has now been featured by many outlets however it was broken by the Financial Times this morning.

The organisation say that the MoD is looking to new aerospace partners after being left out of Franco-German programme.

The news regarding Sweden comes as the UK is preparing to release its Combat Air Strategy. This strategy will examine the operational capability needed in the future and the skills and resource required to deliver it. The work will take new and emerging technology into account, as well as export potential, whilst testing British industry’s ability to deliver our future requirements.

It is expected to be launched at the Farnborough Air Show.

Germany’s choice for a Tornado replacement could undermine NATO


The new head of the Luftwaffe, Lt. Gen. Ingo Gerhartz, confirmed the military commissioner’s findings. He publicly admitted that his service is “at a low point. Aircraft are grounded due to a lack of spare parts, or they aren’t even on site since they’re off for maintenance by the industry.”

This lack of investment in critical military capabilities has effected NATO’s nuclear deterrent. Germany’s fleet of nuclear-capable Tornado aircraft are so old and obsolete that they will have to be retired beginning in 2025. Without a timely replacement, Germany will be out of the nuclear deterrence mission.

Any new aircraft being proposed to fill the role played by the Luftwaffe’s Tornados must meet an extremely stringent set of safety and operational standards. Because this would be a German aircraft deploying a U.S. nuclear weapon, there are two sets of standards at play. Experts familiar with certifying a new aircraft as nuclear-capable say the process generally takes an average of six to eight years and costs hundreds of millions of dollars.

The obvious answer is for the Luftwaffe to acquire some number of F-35A Joint Strike Fighters to replace the Tornado for the nuclear mission. The U.S. Air Force and the F-35 team, led by Lockheed Martin, are currently in the early stages of the nuclear certification process. Italy and the Netherlands are acquiring the F-35 and will certainly use some as dedicated nuclear-delivery platforms.

Airbus and the Eurofighter consortium have proposed selling Germany additional Typhoon aircraft to replace the Tornados. The German government has asked Washington if it would accept a nuclear-capable and -certified Typhoon Eurofighter as a Tornado replacement. The Luftwaffe currently operates some 130 Typhoons for air defense.

There are two problems with this solution. First, given what it would take to design, develop and test a nuclear-capable Typhoon, much less the six to eight years required for certification, it is too late to go with this option and meet the 2025 date for Tornado retirement.

Second, even it could be certified to carry the B-61, the Typhoon will not be able to perform the mission in the high-density, advanced air-defense environment that is already blanketing much of Europe. Delivery of a gravity bomb requires the ability to fly over a heavily defended target, and to do so on the first day of a war.

Virtually all senior air force leaders in NATO agree that fourth-generation fighters, including the Typhoon, are not survivable without an extensive and protracted campaign to roll back the air defense threat. Only a fifth generation platform such as the F-35 can beat today’s air defenses, much less those that will emerge over the next several decades.

Daniel Gouré is a senior vice president with the Lexington Institute. He worked in the Pentagon during the administration of President George H.W. Bush, and he has taught at Johns Hopkins and Georgetown universities as well as the National War College.

Development Is Nearly Complete, but Deficiencies Found in Testing Need to Be Resolved [Reissued with Revisions Jun. 13, 2018]

As of August 2017, the F-35 test and operational fleet had flown a total of almost 95,000 flight hours, or almost half of the 200,000 hours needed for all variants to reach maturity. So far, the F-35A is closest to full maturity, having flown over 54,000 of its 75,000 hours needed to reach maturity, which it is expected to achieve in mid-2018. Because it is the closest to maturity, it is therefore the most at risk of not achieving its reliability and maintainability targets.

Can Europe sustain more than one next-gen fighter?


“I strongly believe it has to be a full European solution [for a new combat air program]. Two or more different solutions is not sustainable, it will bring Europe into the second league,” Dirk Hoke, the CEO of Airbus Defence and Space, told reporters at a pre-Farnborough air show briefing in London July 6.

Hoke said Europe capabilities wouldn’t survive a global competition if the market was further fragmented – a stark warning at time both the UK and a Franco-German project appear set to pursue dueling designs.

One executive, who asked not to be named, said that the early work split on that program has Dassault as lead on the platform, and Airbus the integrator.

Hoke said the cooperation agreement provides “a window of opportunity not seen before to strengthen Euro cooperation and especially using the Franco/German axis.”

Hoke said that cooperation discussions with the British, and in particular BAE Systems, could get underway once the terms for Britain’s exit from the European Union had been agreed. But he emphasized that the British could only join at a later stage.

Airbus CEO Tom Enders struck a similar note at the briefing regarding a possible position for the British on the future combat air program saying “the door is still open.”

And Chris Boardman, the group managing director BAE Systems Air, acknowledged that who works with who in any future fighter program is a political decision, not an industrial one.

“We know everybody [industrially] and can measure them, and they can measure us. It really is [down to] where the nations wish to collaborate,” he said during a briefing with reporters at BAE’s Walton fighter facility, where the company was showcasing its combat air and systems of systems capabilities ahead of Farnborough.

Boardman also reckons NATO should be the glue that binds the program together, not the European Union.

“My personnel view is not to put NATO to one side. What’s the binding element in this, the European Union or NATO? It’s a fundamental issue about NATO, therefore NATO members are most likely to move out first in terms of deciding what they want,” he said.

“It doesn’t preclude others, and importantly many other nations around the world have said they are going to have a new program. We don’t ignore that otherwise, we would not be working in Turkey today,” Boardman added.

The BAE air operations boss though said experience suggested there might be a few twists and turns on the collaboration front before a program in Europe got nailed down.

“I’m less bothered about specific initiatives today. We have been through these environments before where everybody makes claims, commitments to work together, and then moves apart and some then come together for a future program.

“What’s important to me is we get clarity on a British combat air strategy that gives us a platform to work from, “Boardman told reporters during a briefing on the company’s fighter programs and systems of systems work at its Warton facility in north west England.


33. To deliver future capabilities the UK will need to rapidly secure international partnerships for development and delivery. To do this we will:

a. ensure partnerships are based on shared and realistic defence requirements, rather than political opportunism and industrial protectionism;

b. share capability requirements, concepts and national technologies with key partners and allies to explore the feasibility of joint programmes;

c. ensure the partnering framework provides clear leadership, builds on the strengths of contributing nations and has as its primary purpose the need to deliver capability quickly with minimal bureaucracy and process;

d. complete a series of rapid feasibility studies within 12 months with a wide range of potential partners across the globe. These can be done bilaterally or multilaterally, building on the preferences of allies and existing structures (e.g. the NATO Eurofighter and Tornado Management Agency), to understand the potential for collaboration and the implications for our national choices and operational advantage; and 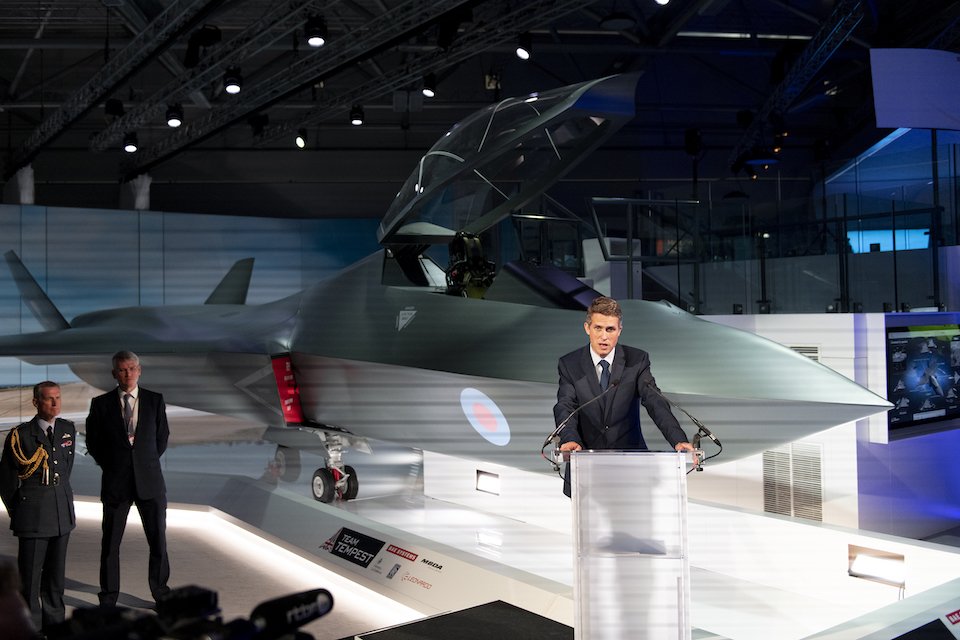