The company will showcase new variants of the ASCOD family of tracked vehicles:
Both ASCOD vehicles have been developed using General Dynamics European Land Systems’ new “Common Base Platform Design” (CBP) with modular capability and open vehicle architecture with three power-pack solutions between 530, 600 and 800kW, either steel tracks or rubber bands and multiple configurations up to the crew of three plus 8 dismounts. The advanced CBP design ensures all ASCOD variants are on one common platform for a reduced logistics footprint. This also facilitates cross-national vehicle manufacturing and operational interoperability between different military users in response to the political vision to foster defence cooperation across Europe.

A new version of the PANDUR 6X6 will be on display:

General Dynamics European Land Systems will introduce the PANDUR 6x6 EVO, the new version of its proven PANDUR vehicle family. With a GVW up to 18.5 tons, the PANDUR 6X6 EVO in its Armored Personnel Carrier (APC) configuration has been selected by the Austrian Army. Due to its new innovative hull design, driveline technology, and power-pack, the compact 6x6 vehicle provides a significantly increased level of protection, payload, and mobility while accomodating a crew of 11 soldiers (3+8). The PANDUR 6x6 EVO is fitted with a 12.7mm Remote Controlled Weapon Station.


Systems to be presented at GDLS booth:

IronVision™ (mounted on an ASCOD platform) is a groundbreaking Helmet Mounted Display (HMD) system for AFVs that provides a 360-degree panoramic visualization of the surrounding environment. Integrated with critical mission data and enabling the crew to ‘see-through’ their vehicle’s armor in real time, IronVision allows fighting in “Closed Hatches”, while maintaining full situational awareness.

RCWS (mounted on a PANDUR platform) is a Remote Controlled Weapons Station that uses dual-axis stabilization and provides a high first round hit probability in all weather conditions allowing on the move engagement of both static and moving targets. The RCWS is fully overhead and light weight maintaining crew safety and offers Automatic Target Tracking and manual backup operation in case of power loss.

Based on advanced powertrain and suspension technology, weight has been saved and noise, vibration and roll/sway effects have been contained, providing the vehicle with optimum conditions and stability for firing in motion. The APC version of the vehicle is air transportable in A400M, IL-76 and C-17 (two vehicles).

A special contribution to crew survivability is the floating cabin floor making conventional footrests needless. The modular design of the vehicle allows flexible integration of mine protection and additional armouring measures. Turret options are available for calibres 25 to 120 mm with the additional option of integrating an anti-tank missile.

This infantry fighting vehicle version is equipped with the unmanned turret UT30MK2 from Elbit and the 30 mm MK44 ABM gun from ATK. The turret, a joint development of Elbit and the Israeli armed forces, can integrate an anti-tank missile. The MMBT is also based on the proven common platform, equipped with a 120 mm Hitfact turret from Leonardo/Oto Melara.

The ASCOD medium main battle tank (MMBT), with a gross vehicle weight of 42 tonnes, is fitted with the Italian Leonardo Defence Systems HITFACT 120mm turret. This is also armed with a 7.62mm coaxial machine gun, a 7.62mm pintle-mounted gun and a 12.7mm remote weapon station on the roof. The 120mm smoothbore gun is coupled to a computerised fire control system, with the commander and gunner having stabilised day/thermal sights incorporating a laser rangefinder.

The latest ASCOD infantry fighting vehicle (IFV), with a gross vehicle weight of 35 tonnes, has a raised roof line to the rear of the driver’s station to provide increased volume for the troop compartment. In addition to its crew of three, it can carry six dismounts, who are able to rapidly enter and leave through the power-operated rear hull ramp.


Both new vehicle configurations feature a digital architecture with 360 degree sensor systems, along with the capability to add additional armour including active, passive and reactive.

The 120mm-equipped ASCOD features a 42t GVW and a 600kW engine, with the potential to upgrade to a 1,000hp engine if required. The vehicle turret can accommodate a commander, gunner and loader, although the latter is optional depending on military.

The Hitfact turret features a 120mm/45cal main gun with integrated muzzle brake along with stabilised EO/IR sights for the commander and gunner.

The turret has an ammunition rack for 12 NATO standard 120mm rounds, or if an autoloading system is installed, six in a drum and six in the ammunition rack, which sits in a space that is separated from the crew by ballistic steel.

For additional crew safety, the turret can support add-on armour and spall liners for ballistics protection as well as energy absorbing systems on each crew seat for mine protection. The vehicle presented to journalists had steel tracks, a preferred option for vehicles with high GVWs.

Meanwhile, the IFV variant has a GVW of 35t and features a commander, gunner and driver, along with capacity for six dismounts. The UT30Mk2 incorporates an Orbital ATK Mk44(S) 30mm gun alongside, laser warning sensors and two stabilised EO/IR sights for the command and gunner.

The example shown to journalists in Vienna was equipped with the Iron Fist active protection system and Elbit Systems’ Iron Vision system, the latter being a helmet-mounted display system that allow crews to ‘see through armour’.

This configuration could eventually be offered to the forthcoming Czech Republic requirement for a fleet of new IFVs. 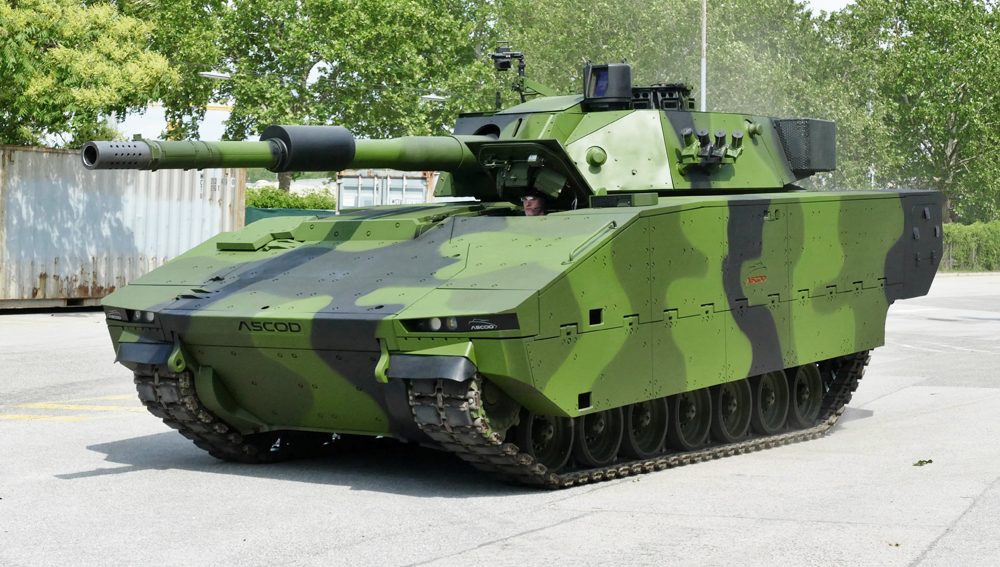 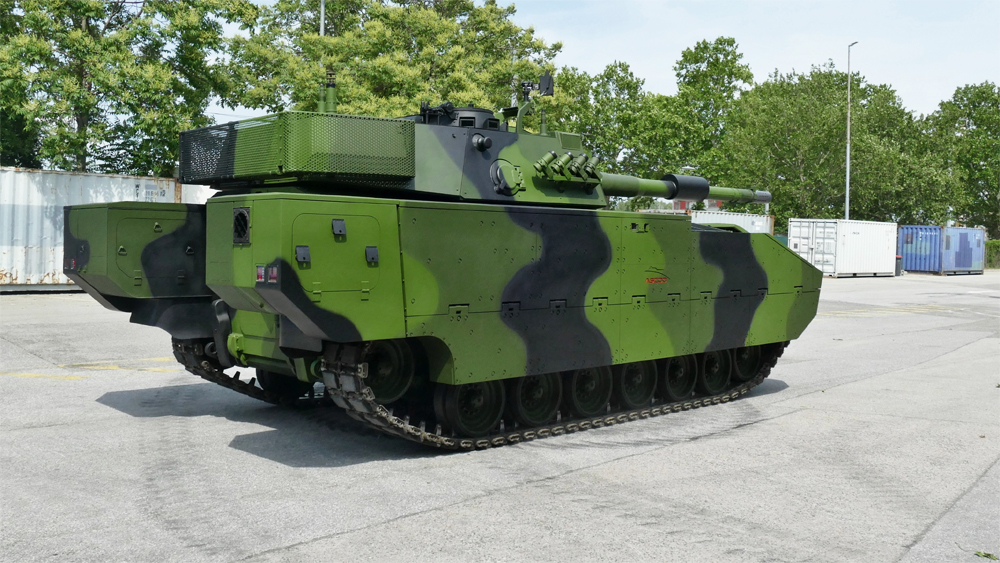 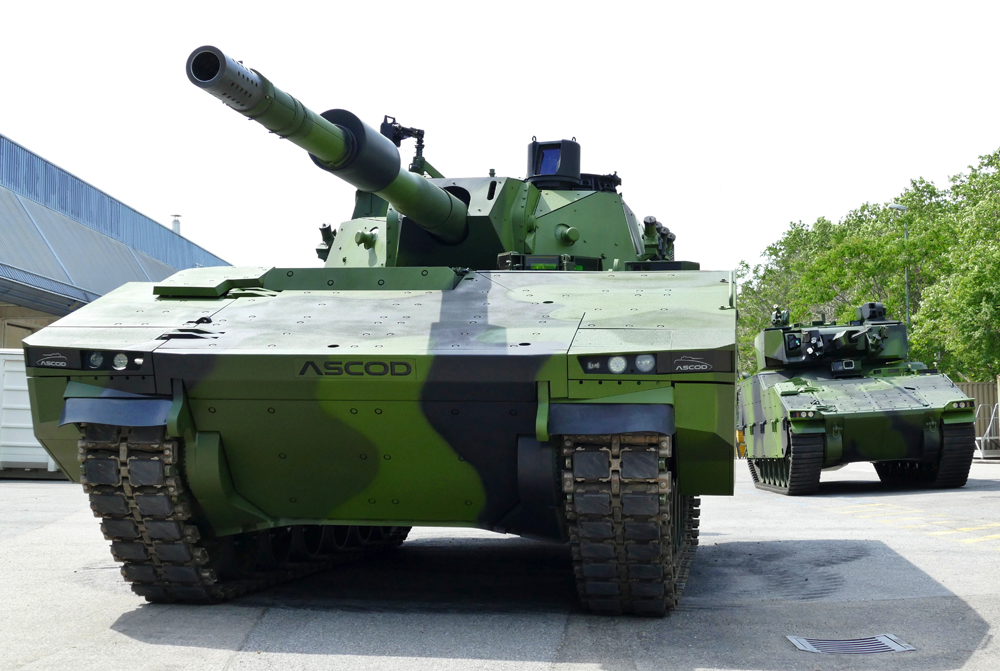 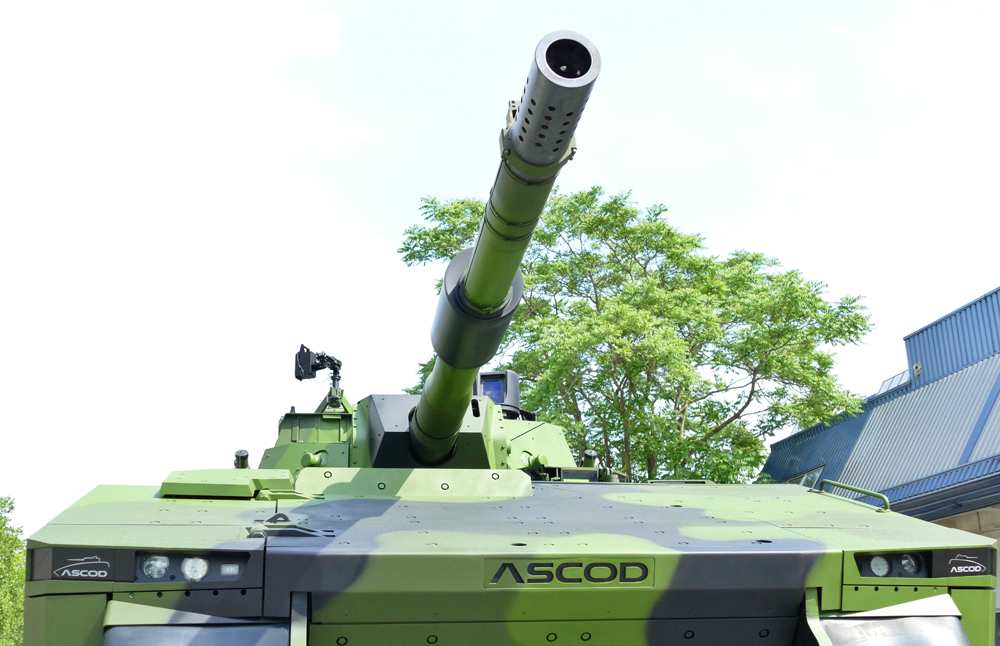 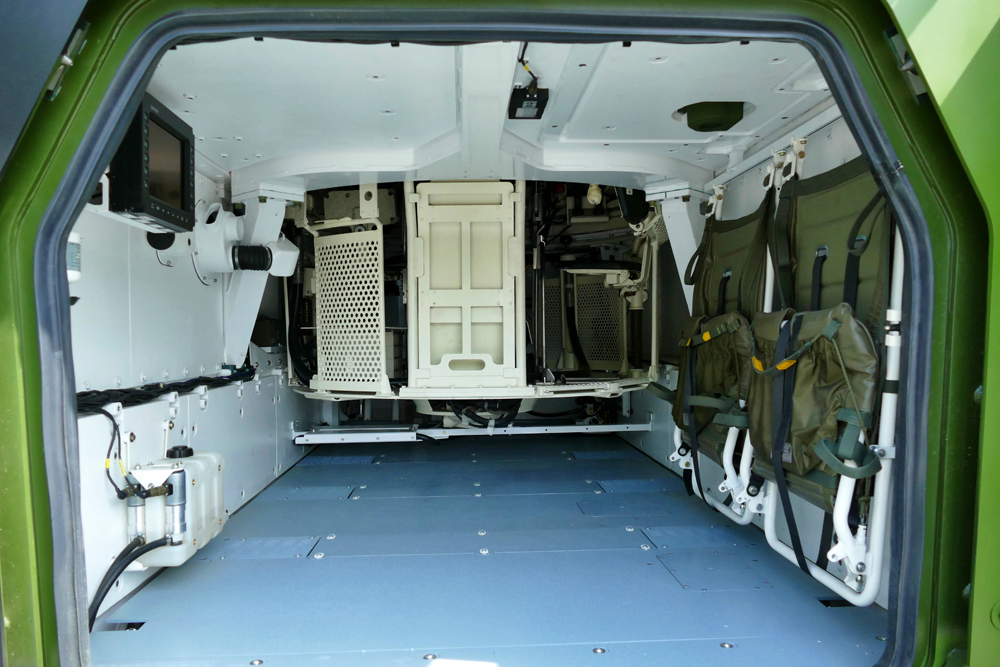 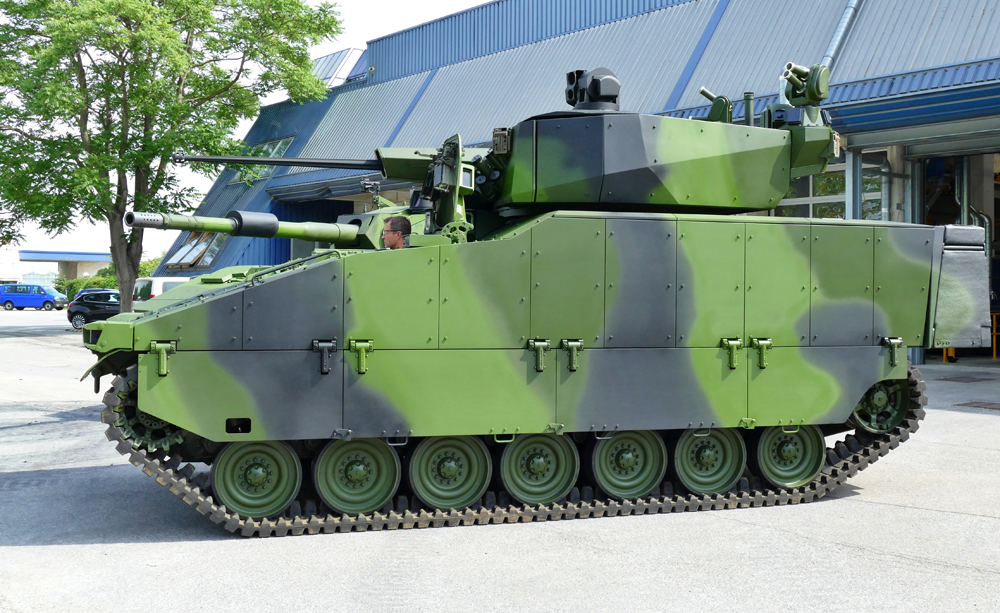 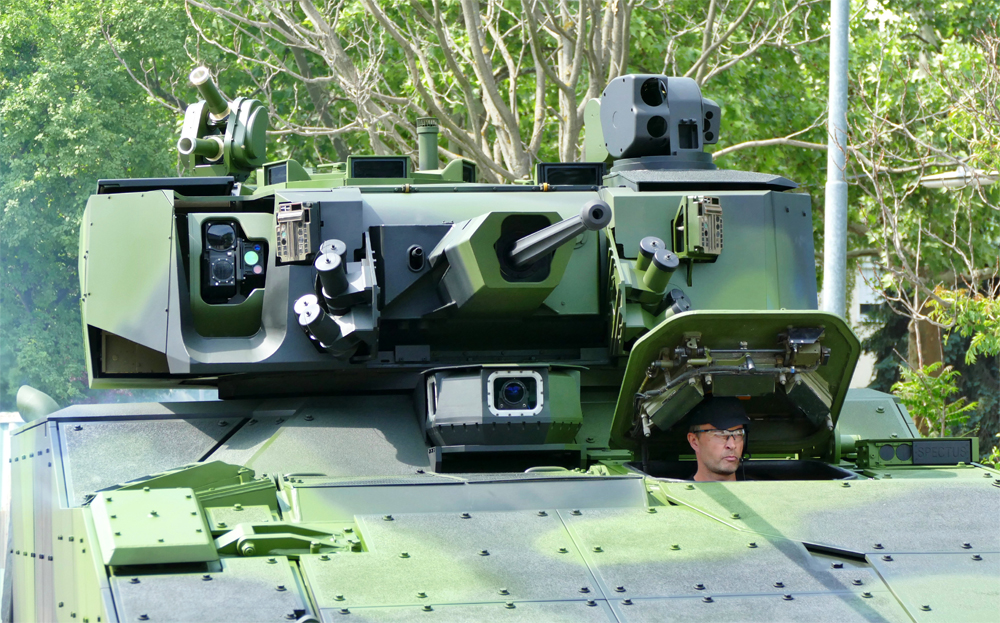 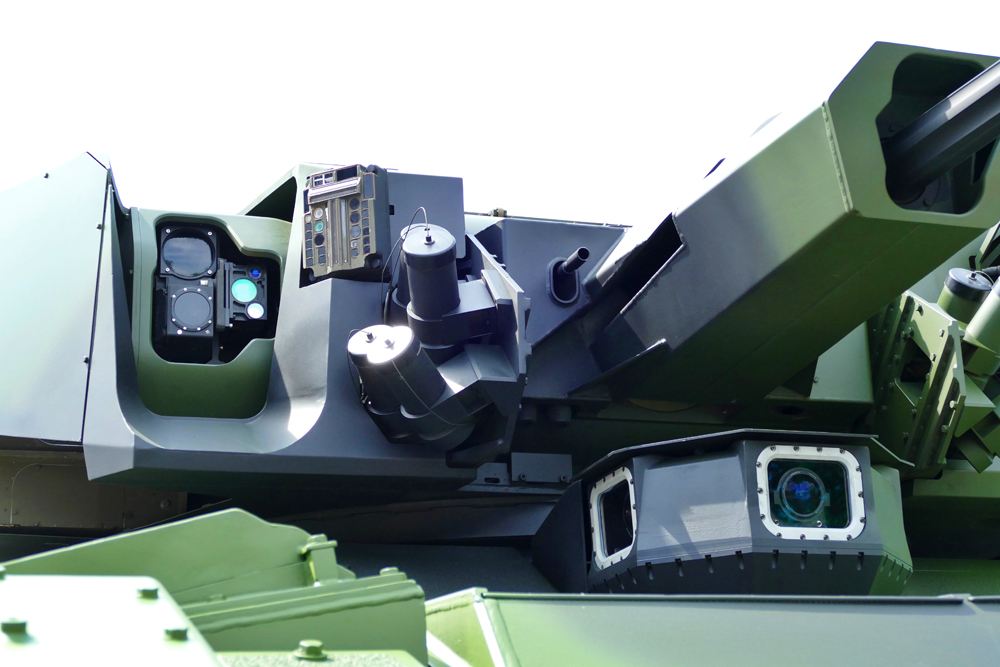 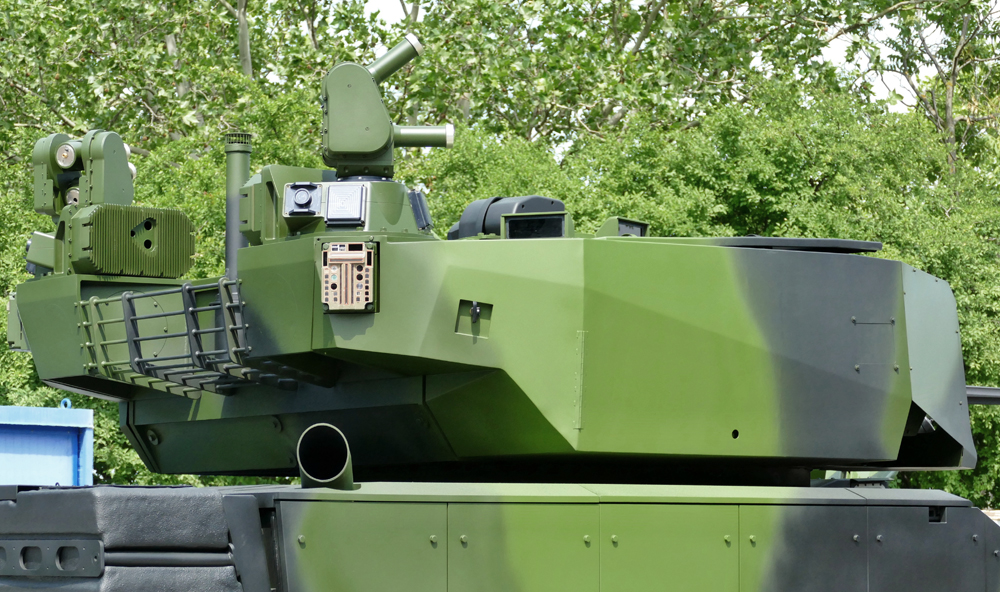 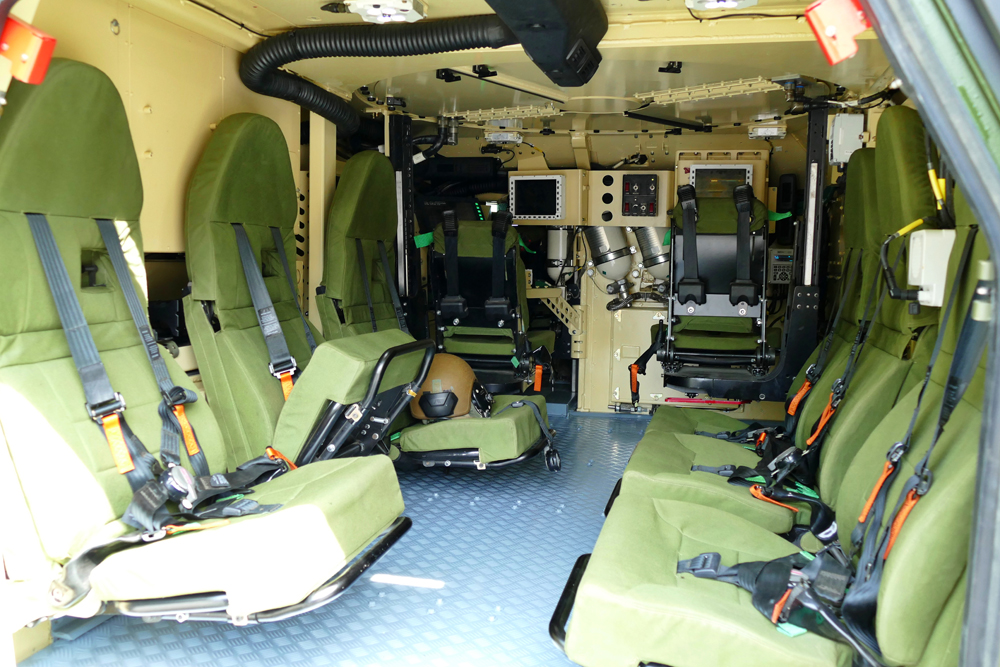 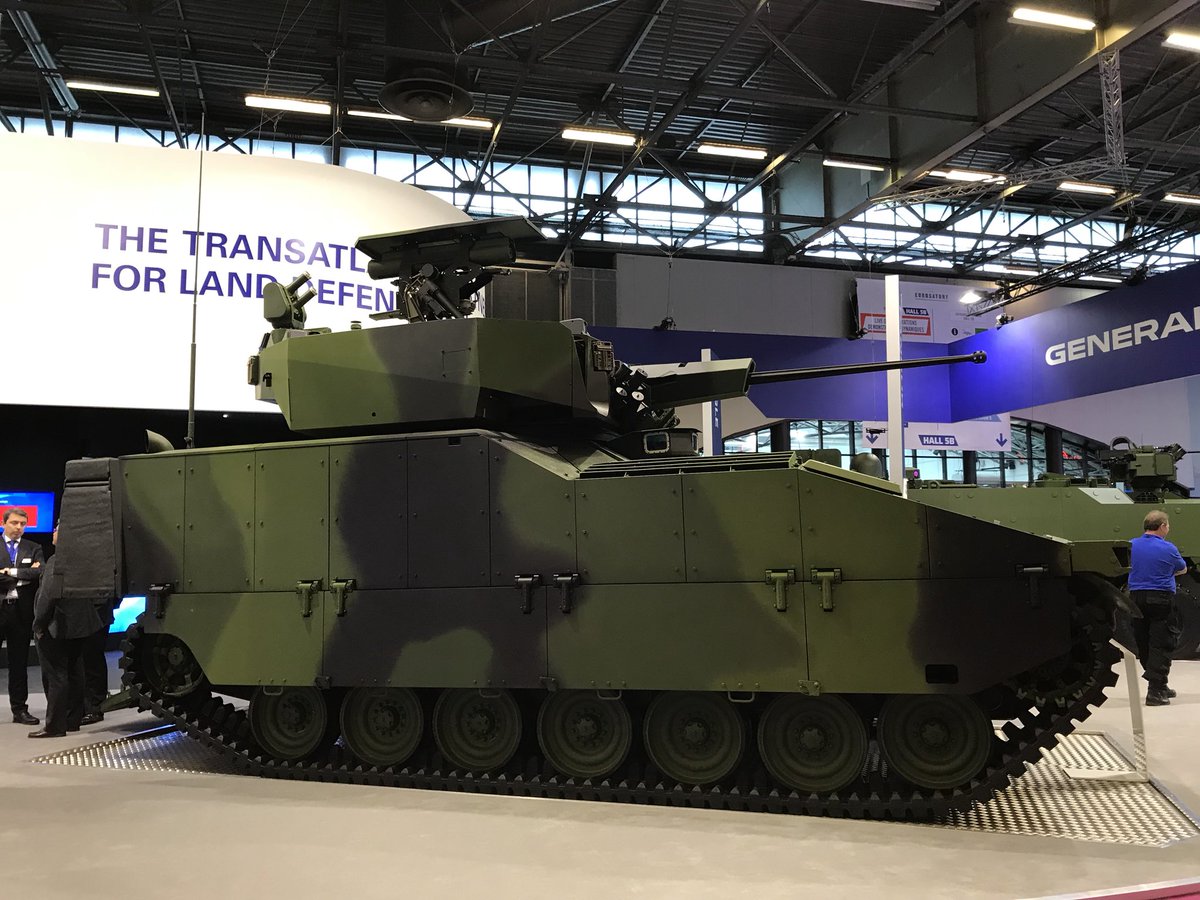 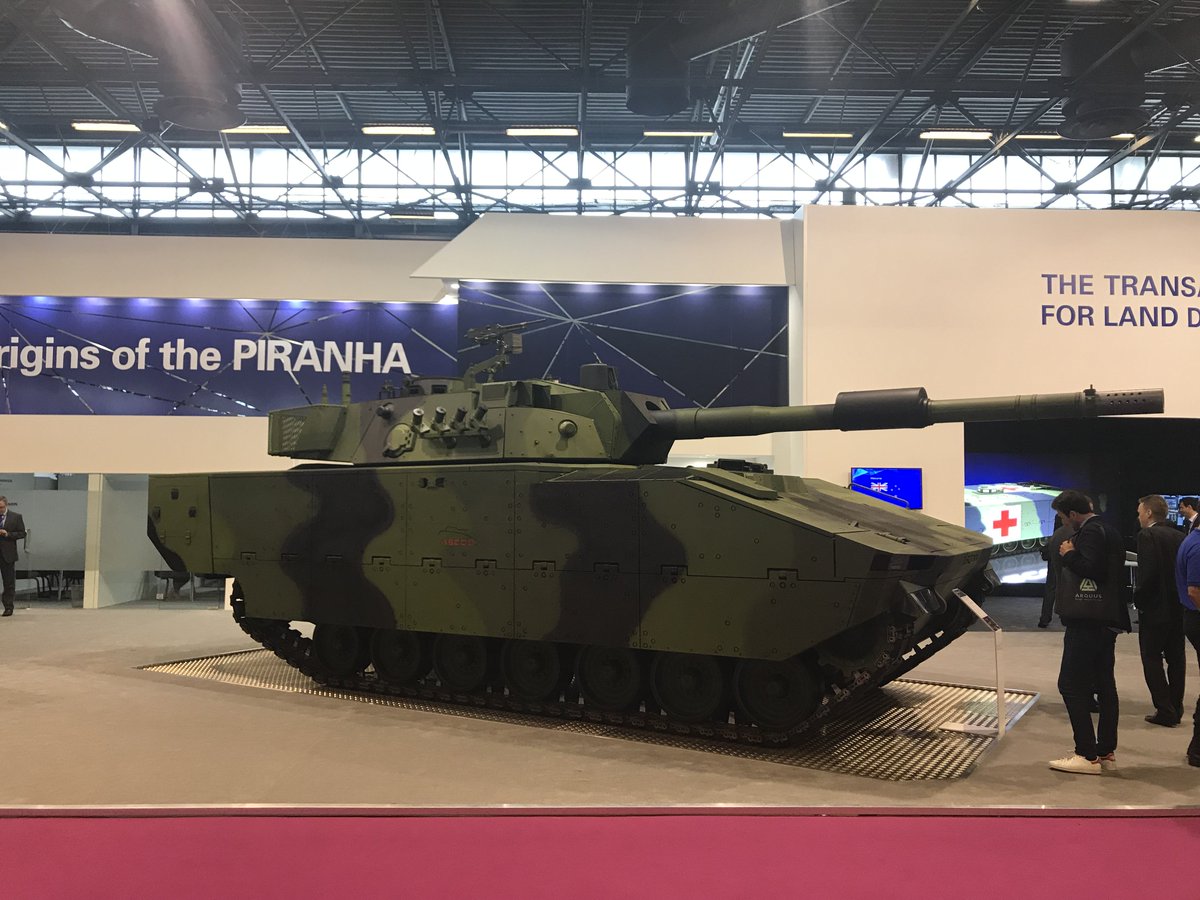 
This is testament in a new collaboration that was signed in Villepinte on 12 June between the Land Systems arm of Singapore-based ST Engineering and HDS, calling for increased business opportunities for 120mm mortar systems in Europe. The agreement will enable the two companies to offer a weapon system combining the 120mm Super Rapid Advanced Mortar System (SRAMS) from ST Engineering with the mortar fire control system and 120mm mortar ammunition from HDS. 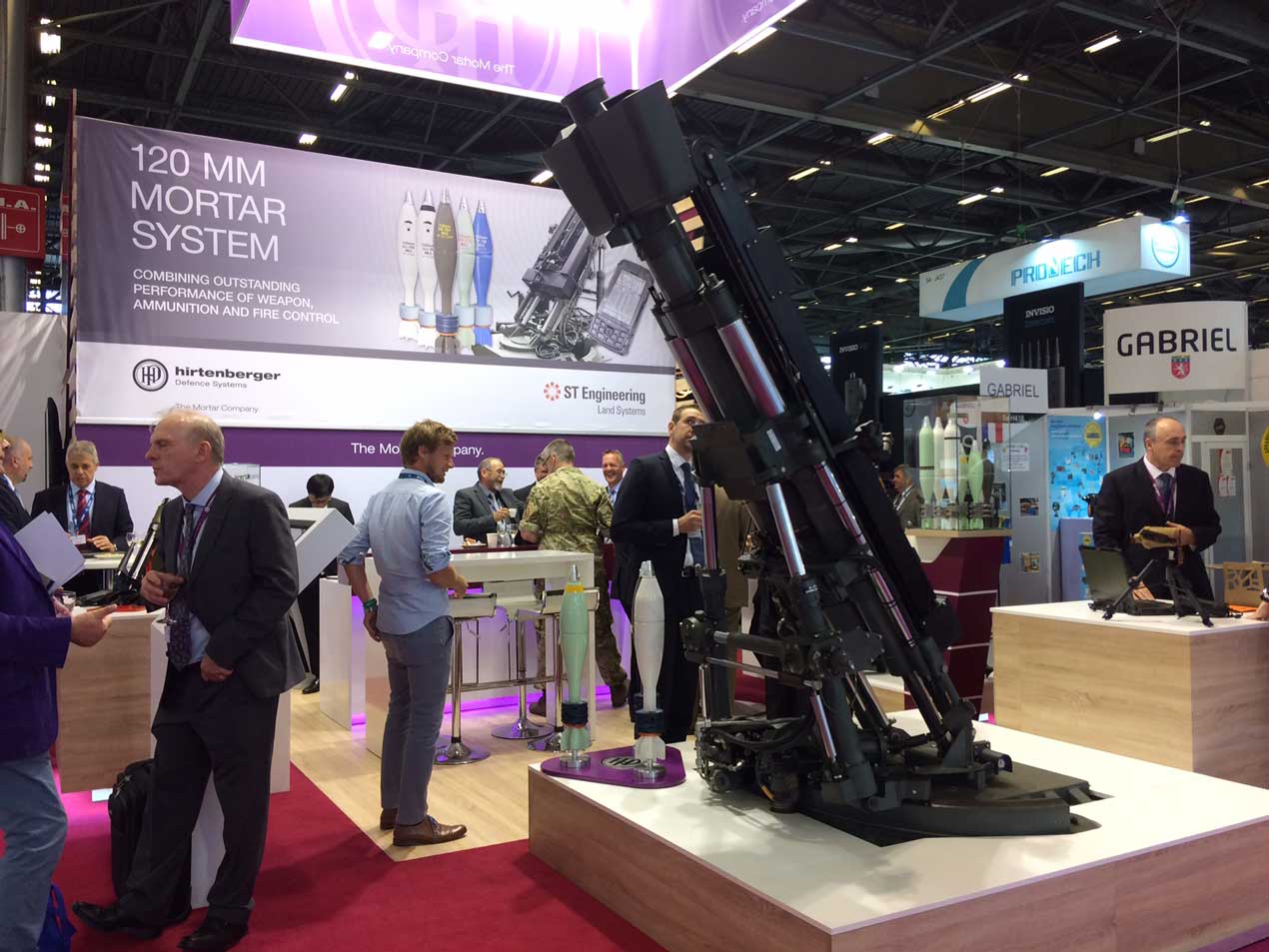