The Iran Aviation Industries Organization (IAIO) unveiled a scale model of a previously unseen unmanned aerial vehicle (UAV) at the 2019 MAKS air show being held near Moscow from 27 August to 1 September.

The information sheet described the Mobin (conqueror) as a cruise missile, but an IAIO representative told Jane’s that this was an error in the marketing material and that it is actually a multipurpose ground-launched UAV that can be recovered using a parachute. He said it entered Iranian service in the previous year and had been cleared for export.

He stated that the rest of the information on the product sheet was accurate. This said the Mobin has a 3 m wingspan and a ‘stealthy’ radar cross section of less than 0.1 m 2 . It weighs 670 kg and can carry a variety of payloads weighing up to 120 kg in its nose compartment. It can operate at altitudes from 30 to 45,000 ft, has an endurance of 45 minutes at an altitude of 10 m, and a maximum speed of 900 km/h.

For its part, Iran Aviation Industries Organisation displayed a subscale model that it labeled the “Mobin cruise missile.” However, a representative of the company says the label was mistranslated and, in fact, the Mobin is a tactical UAV. Nonetheless, some of the specifications of the Mobin give it the characteristics of a cruise missile, including claimed features such as terminal phase guidance, terrain contour matching and endurance of 45min at 33ft (10m) above ground level.

Iranian Aviation claims that the Mobin first flew “a year ago” and can carry a variety of payloads up to 120kg (265lb), including intelligence, surveillance and reconnaissance sensors. It says 10 are in service with the Iranian air force. 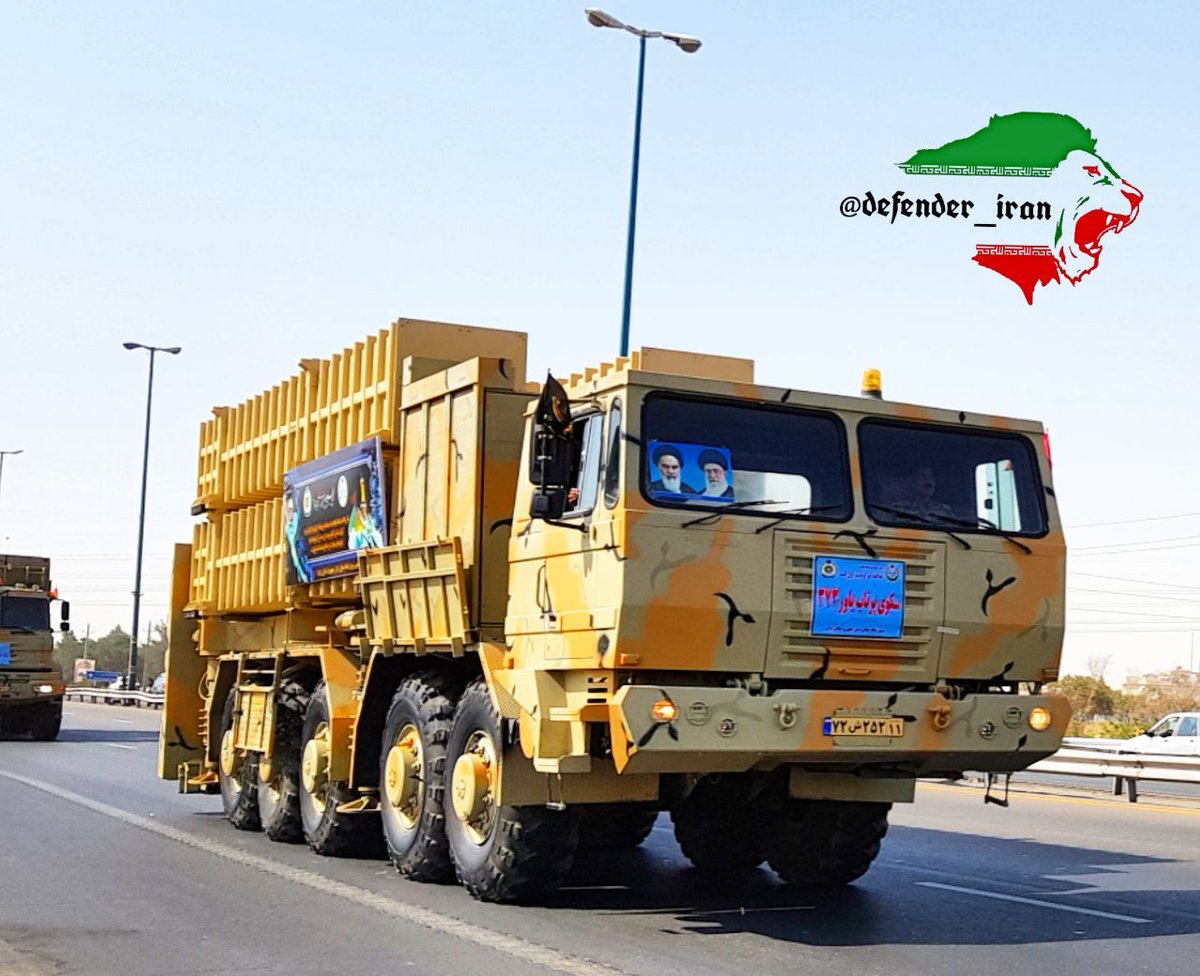 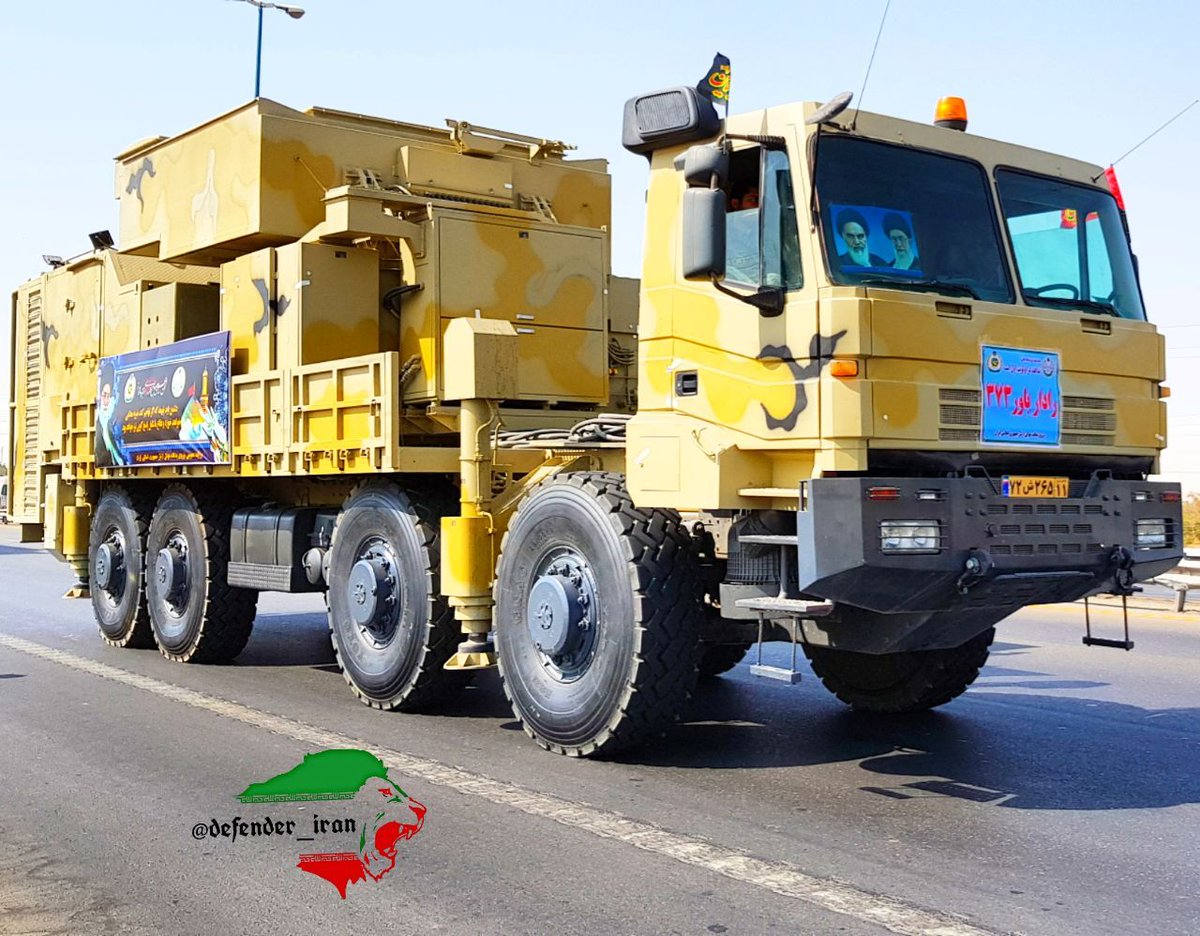 The MODAFL released videos showing the Yasin’s development process, including wind tunnel, engine, and ejector seat testing, as well as the aircraft taking off and landing at Shahid Nojeh Air Base in Hamedan province.

The aircraft appeared to be the same as the one unveiled as the Kosar (or Kowsar) in April 2017 with some additional decals.


Iran’s Islamic Revolution Guard Corps (IRGC) announced on 9 February that it has developed a lightweight variant of its Fateh-110 family of tactical ballistic missiles called the Raad-500.

Iranian television showed a ceremony during which IRGC commander Major General Hossein Salami and Brigadier General Amir Ali Hajizadeh, the commander of its aerospace force, inaugurated the new missile’s production line at an unidentified location. Missiles were seen at various stages in the manufacturing process, including a motor body being made using a carbon fibre winding machine.

The Iranian media reported that the use of carbon fibre made the missile twice as light as the Fateh-110s made of metal, resulting in a 200 km increase in range.

Brig Gen Hajizadeh was cited as saying that the technology also significantly reduces production costs and can be applied to surface-to-air missiles as well as surface-to-surface weapons.

The Zoheir solid-propellent motor section with a thrust-vectoring nozzle was also unveiled and shown being tested on a stand. It was stated that this would enable the development of solid-propellant satellite launch vehicles (SLVs) capable of manoeuvring outside the Earth’s atmosphere and ballistic missiles with an improved ability to defeat defence systems.


The Ministry of Defence and Armed Forces Logistics released photographs showing a hangar at the Aerospace Industries Organisation facility in Isfahan with 11 Ababil-3s, one of which was carrying a television-guided munition on a hardpoint under a wing. This appeared to be a member of the Ghaem family of small-guided bombs that has previously been seen on Mohajer-6 UAVs. 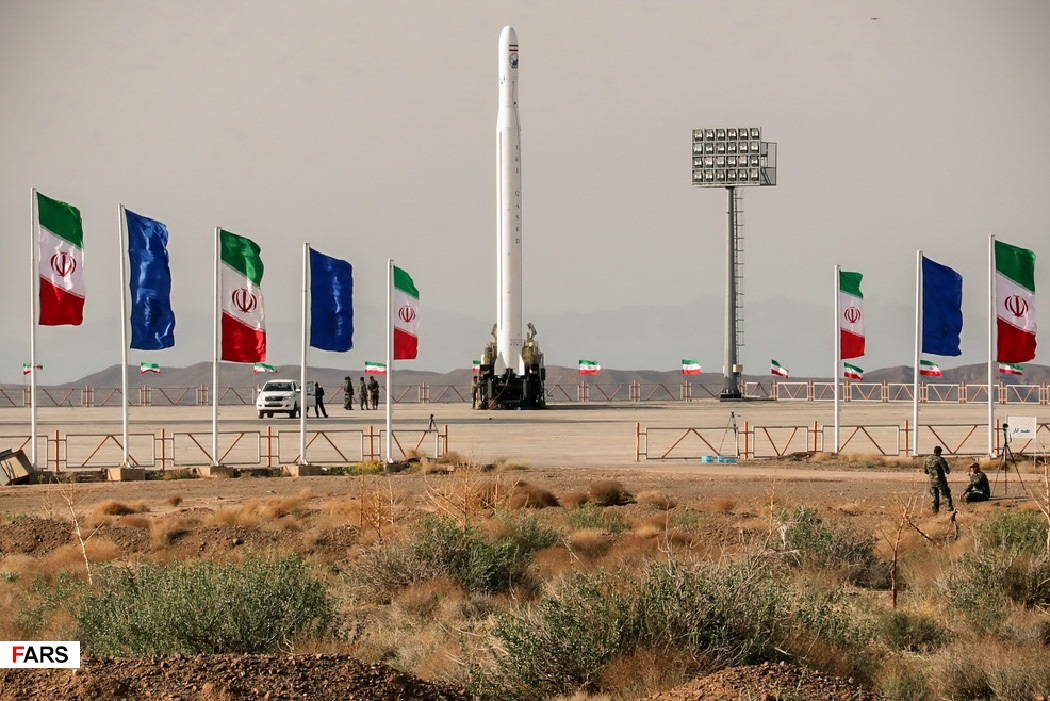 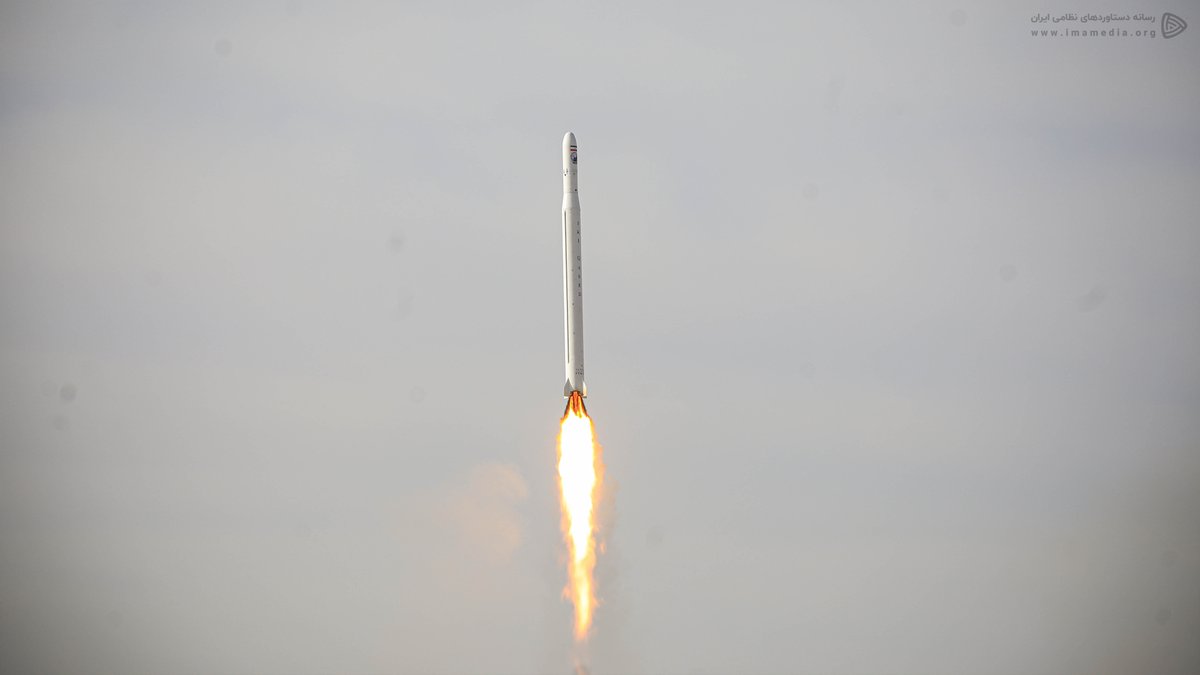 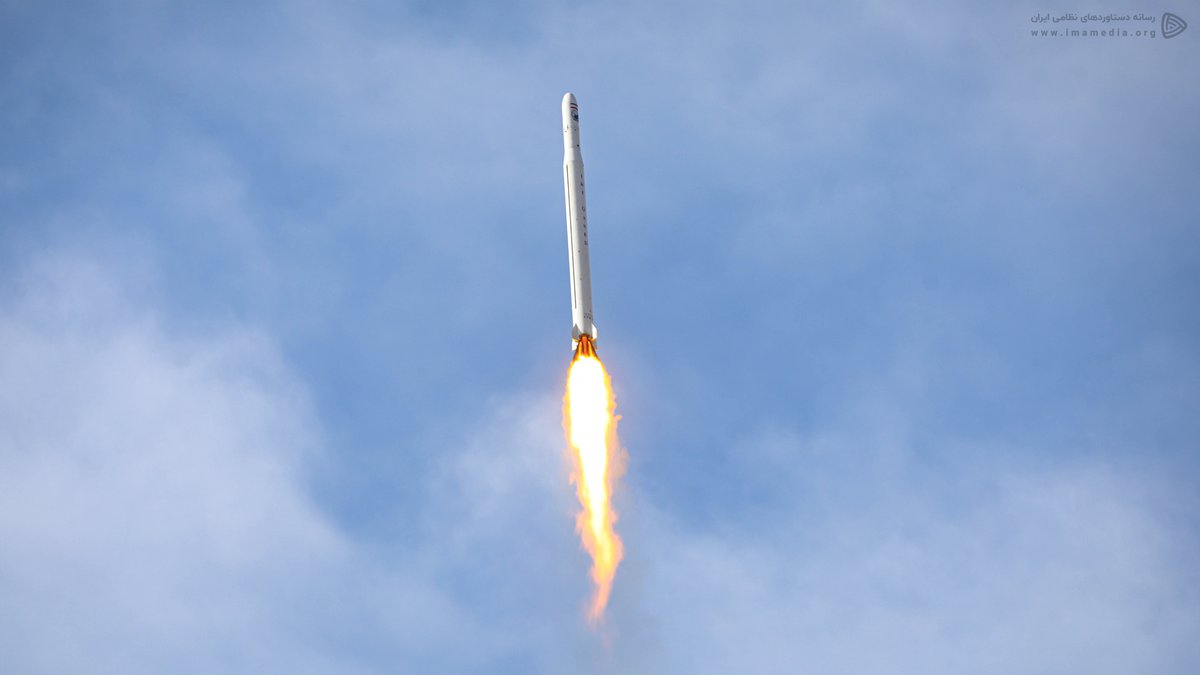 
The Iranian military unveiled two air surveillance radars on 19 April that included a long-range, low frequency station that appears to be a development of an existing system.

The Iranian media identified the radars as the Khalij Fars (Persian Gulf) and the Moraqeb (Vigilant). Amir Samad Aghamohammadi, head of the Army's Air Defence Research and Self-Sufficiency Jihad Organisation, was cited as saying the Khalij Fars is a bi-static (where the transmitters and receivers are not co-located) radar that operates in a very low frequency band and can detect any type of aircraft or ballistic missile out to a range of 800 km.

The Moraqeb is a three-dimensional phased array radar that was claimed to have range of 400 km and the ability to detect small aircraft and missiles at low and medium altitudes. 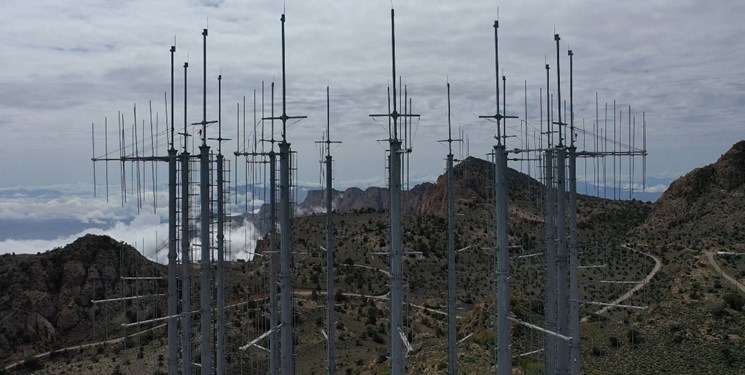 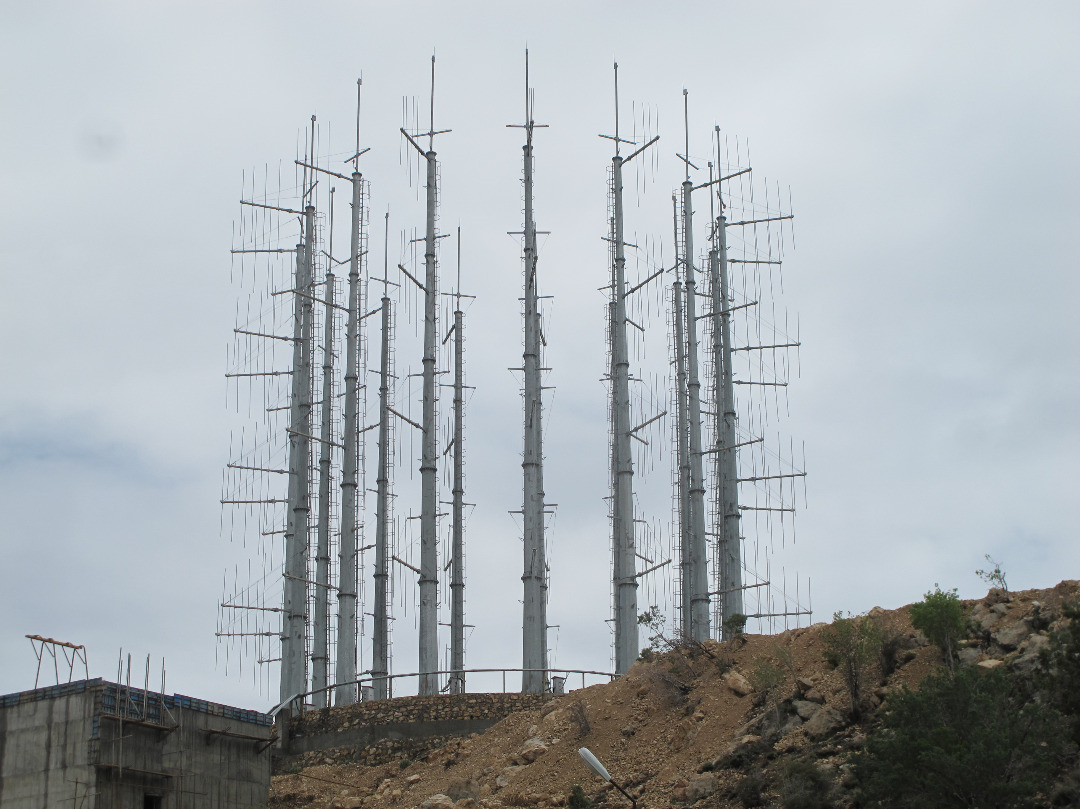 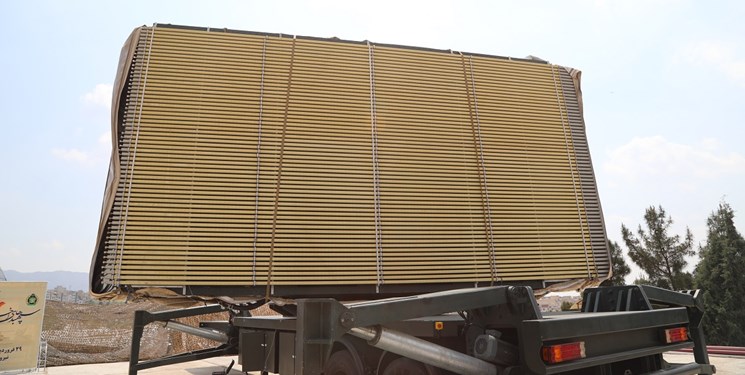