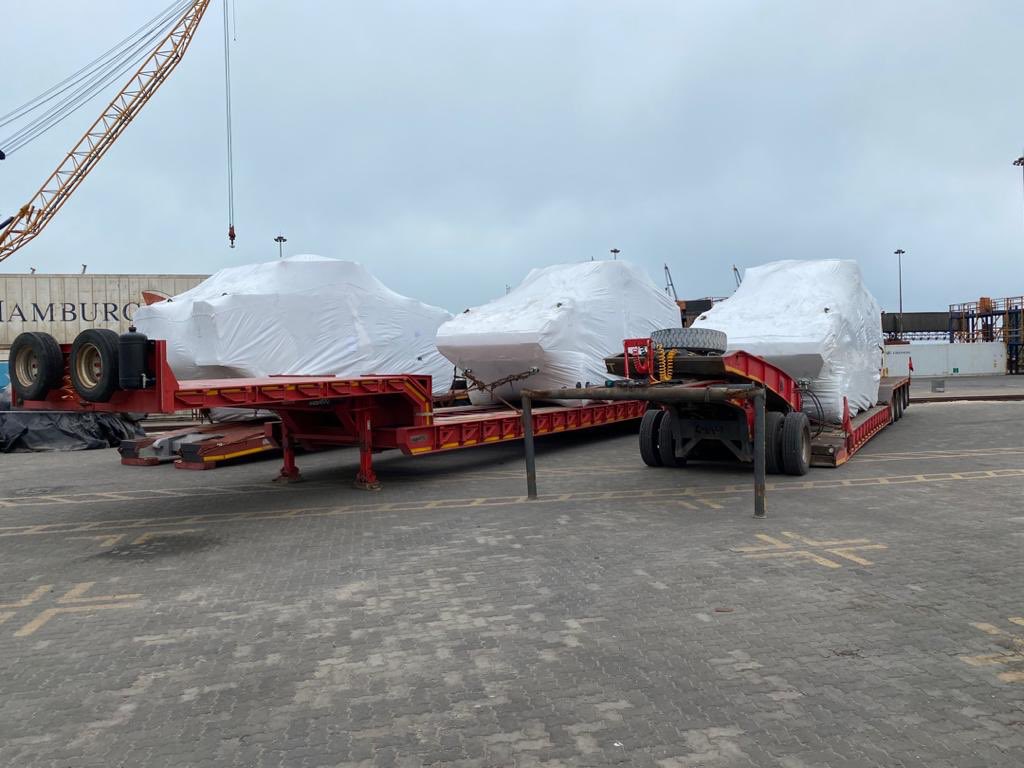 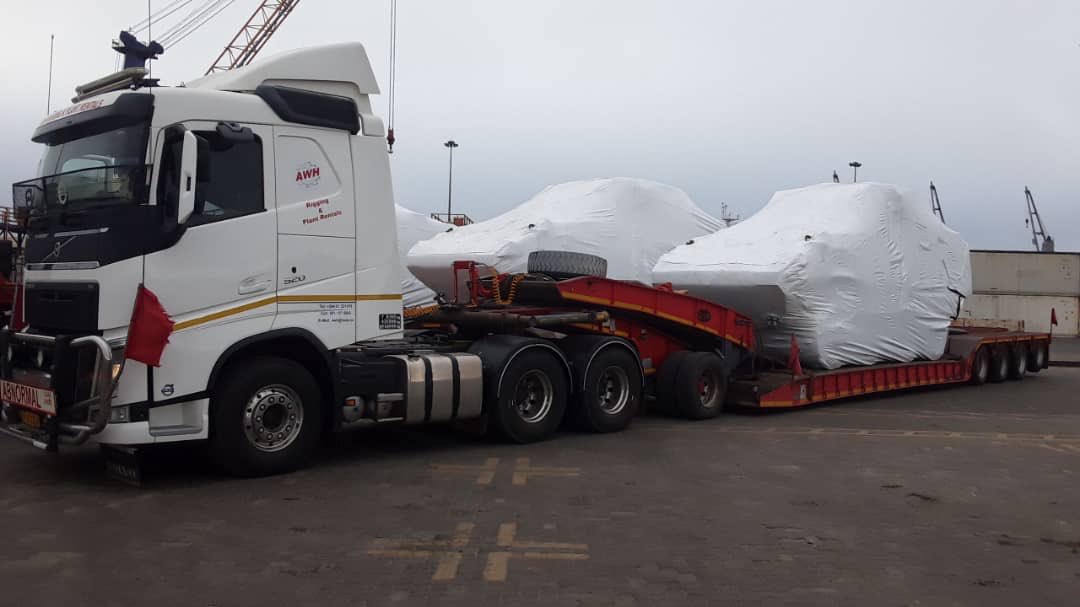 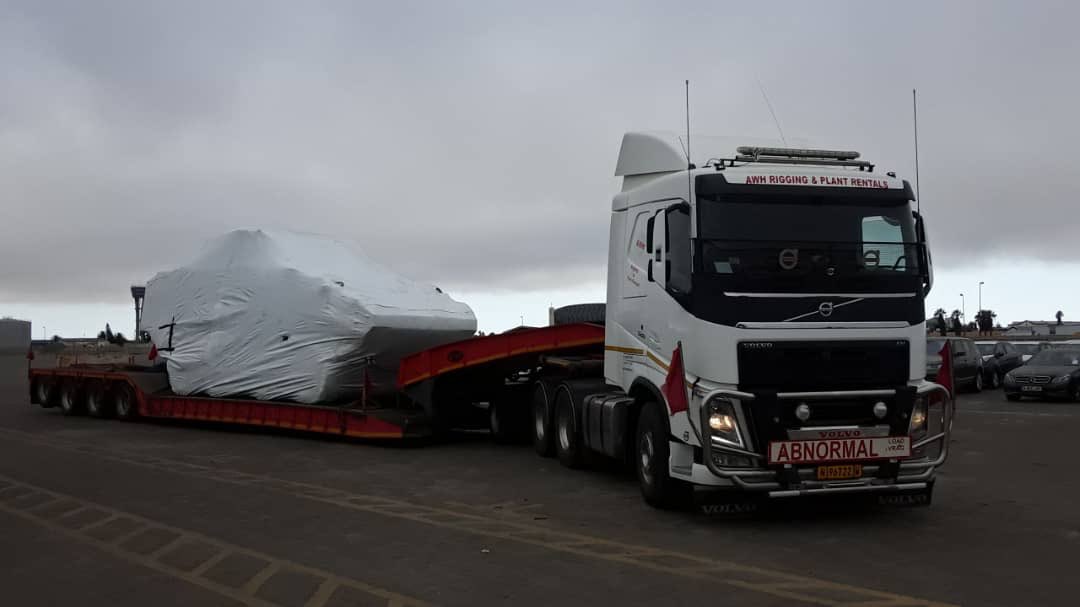 
Among other plans, the BDF wants to spend up to P2 billion (US $179 million) to purchase up to 45 Piranha 3 8x8 armored wheeled vehicles from Swiss company General Dynamics European Land Systems-Mowag (GDELS-Mowag).

According to local newspaper Business Weekly, the new additions would increase the number of Piranhas in the BDF inventory to 90, as it already operates 45 others, which were delivered in 2003.

The media outlet reported that the BDF plans to acquire turreted Piranha 3 variants, which would feature 30mm cannons among the main armaments.


Botswana Defence Force Commander Lt Gen Gaolathe Galebotswe would not comment on reports of a possible conflict of interest in his controversial procurement of close to P 2 billion worth of Piranha armoured vehicles and turrets. The BDF intends to purchase from General Dynamics Switzerland, 45 Piranha 8×8 vehicles which will be fitted with turrets 30 mm guns. The tender which has been awarded to his friend and associate, Abe Mbaakanyi, an agent of General Dynamic was a single source supply and did not go to open tender. The BDF commander who is due to retire on 2nd September would not respond to a Sunday Standard question on whether he had declared his interest. Sunday Standard investigations have revealed that although the going rate of Piranha vehicles is US$ 1,4 million apiece, the BDF will pay US$ 2 million for each vehicle. This means the total cost of the vehicles has been inflated by US$ 270 million about P2,7 billion.

The commander would also not comment on this. Lt Gen Galebotswe has been going overseas to negotiate the deal with General Dynamics and their representative Felix Radizi has been visiting Botswana for meetings with the BDF commander. Curiously, the BDF commander has asked General Dynamics to draw up the specification for the turret. There are fears that General Dynamics, whose local agent is Mbaakanyi may come up with specifications tailored to fit Otto Melara turret manufacturers from Italy which is also represented by Mbaakanyi. There are whispers in defence procurement circles that the discrepancy in the price of the Piranha vehicles may be to allow General Dynamics to subsidise the cost of the turret of choice, mainly Otto Melara putting them in better stead for competitive bidding. General Dynamics will call for bids from selected turret manufacturers. This will enable General Dynamics to add a commission to the price of the turrets, escalating the cost by about 5% per turret. The approximate cost of a 30mm turret is between US$ 1,9 to US$ 2,2 million. This goes against standard practice where the customer would evaluate their own turret requirements, separate the two programmes and award tenders for the turrets and the armoured vehicles separately.

The BDF would not respond to Sunday Standard queries on why they did not treat the contracts separately and put them both on open tender for competitive bidding. The BDF has resisted presentations to refurbish or upgrade their current inventory of armoured vehicles instead of buying new ones. Sunday Standard investigations have revealed that although the BDF is in the process of buying Piranha armoured vehicles, it is sitting on more than P2 billion worth of armoured vehicles which are being left to rot. although the army has close to P2 billion worth of tanks which are not being serviced and have been left to rot. So far the BDF has abandoned 31 units of V-150 Cadillac Gage Commando amphibious armored cars procured from the United States, some equipped with 90mm guns and BGM-71 TOW launchers. The armored vehicles cannot be used because they have not been serviced and maintained for the past seven years. Each unit costs about USD$1,2 million ( about P10 million) which puts the total book value of the vehicles at P350 million. Other independent online sources which used information provided by suppliers put the total number of BDF’s V-150 at 50 units which would round up the value of BDF’s abandoned V-150s at P500 million. Investigations have also turned up information that the BDF is sitting on 55 neglected Steyr SK-105 Kürassier light tank 105mm and Steyr SK105 4K7-FA recovery tanks procured from Austria. The Sunday Standard, however could not ascertain the book value of the 55 units of SK 105 tanks which have been decommissioned although they have clocked very low mileage.

The BDF has also procured 25 Alvis FV101 Scorpion light tanks from UK/Belgium and has not been servicing and maintaining them. Each of the 25 scorpion tanks is valued at USD 2,5 million which puts their combined value at about P500 million. The Sunday Standard can also reveal that the BDF has 40 units of Ramta RAMV procured from Israel and each unit costs about USD 340 000 about P3 million. The estimated total cost of the RAMV armored vehicles came to P120 million. Investigations into the inventory of BDF’s armored vehicles further revealed that the army has a Unknown number of M578 Light Recovery Vehicles, 64 units of Panhard V├®hicule Blind├® L├®ger procured from France, 50 units of (France) MOWAG Piranha III-C 8×8 APC imported from Switzerland, 50 units of BTR-60 8×8 APC bought from Russia six units of FV103 Spartan APC imported from United Kingdom, 10 units of Shorland armored car imported from the United Kingdom and 50 ACMAT TPK 420 BL 4×4 troop carrier imported from France. The BDF also tried to import 54 units of Leopard 1A3 from the Netherlands in 1996, but the deal never went through and no tanks were delivered. It is understood that Lt Gen Galebotswe is at odds with his senior officers on what to do with the current inventory of armoured vehicles which have not been serviced.

While a part of the BDF command wants the vehicles to be repaired, Lt Gen Galebotswe on the other hand insists on buying new armoured vehicles. Sunday Standard investigations have turned information that each of new BDF commander who is appointed to the post does not want to inherit armored vehicles procured by their predecessors and would instead put them on mothballs and spend the army development budget on importing their preferred armored vehicles.